Cardinal Federico Borromeo was particularly fond of this prayer book, which was almost a family heirloom. It contained his family’s coats of arms and the portraits of the two ancestors who had commis­sioned it, Count Giovanni III Borromeo (1439-95) and his wife Cle­ofa Pio da Carpi, which he recognised in the bas de page miniature decoration that introduces Matins in the Office of the Virgin (fol. 16r).
The Book of Hours is richly illuminated, even in the friezes, often on gold leaf, with elegant filigree decoration in the margins, done in pen and ink on many folios. It is a codex that boasts the signature of one of the most famous masters in Lombardy during of the Sforza period, Cristoforo de Predis (c. 1443-ante 24 january 1486). His name appears in fact on fol. 15v, in the folio with the Marriage of the Virgin, which contains in its margins the family coats of arms, a silver bit on a red field (today almost illegible) and a lion rampant on an azure field, and in the centre the em­blem of a resting camel with a plumed crown on its hump. A mar­riage that alludes to another marriage, that of Isabella Borromeo and Francesco Attendalo Bolognini. The prayer book could have been produced in the years 1480-1485 as a splendid gift for the second marriage of Isabelle. The Book of Hours, the book far lay piety, often features as a wedding gift and it is not surpris­ing to find it mentioned, along with a few other books of devotion, in dowry inventories of many young women of the Milanese bour­geoisie and aristocracy. The same Cristoforo de Predis had been called by the Borromeo family to produce another two little books of hours, for Francesco and Vitaliano, between 1471 and 1474, un­fortunately unidentified or currently lost, but documented in the family account books. 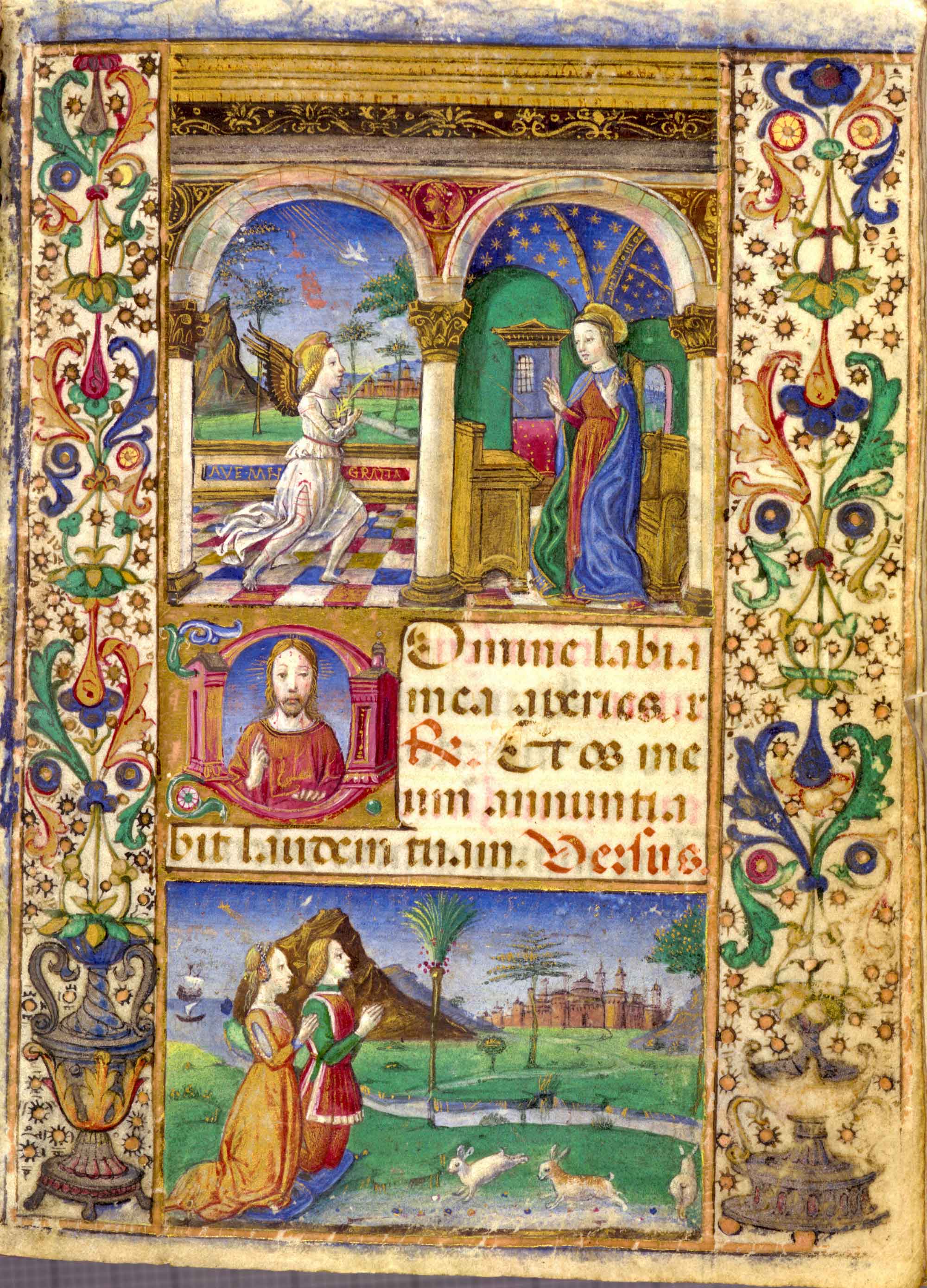 The exhibition features twenty oil works by Carlo Mattioli, one of the Italian masters of twentieth century art, which interact with Caravaggio's Basket of Fruit