This edition of Pliny’s Naturalis Historia was part of the collection of Pasquino Capelli, one of the most famous bibliophiles at Gian Galeazzo Visconti’s court. His story, sadly, is well known. A lover of the classics and a great collector of manuscripts, which he sought out during his travels, particularly in France, he was often sent on diplomatic missions as Chancellor to the Duke. For reasons we still do not know today, he fell out of favour with Gian Galeazzo and ended his days in prison, where he was executed in 1399. The Duke also took possession of his large collection of manuscripts, which were added to the Visconti library in the same way as other no less prestigious collections, such as those of Francesco il Vecchio of Car­rara and even Petrarch.

The codex has richly illustrated initials in the incipit of each book, and the letter introducing Book XXXV on painting (fol. 332r) has a self-portrait of the illuminator and the proud signature Frater Petrus de Papia me fecit 1389. The artist is shown at his desk, wearing a satisfied smile as he illuminates an initial letter. Pietro da Pavia, an Augustinian friar at San Pietro in Ciel d’Oro, was an active figure in the scriptorium at the monastery. The Pliny codex is not the only manuscript he illuminated for Capelli, who had a fondness for the artist’s Frenchified style. The taste for decorations in the French style spread quickly among the artists in Lombardy, helped by the circulation of manuscripts from the other side of the Alps and the increasingly close relations between the ducal court and the French crown. Pietro da Pavia illustrates Pliny with a series of initials highly refined in their decorations and colours and in the use of gold leaf. In the pages of the Ambrosiana codex we also find in the margins grotesques and dròleries, fan­tastical animals or monstrous beings, born of the illuminist’s imag­ination and capable of distracting and amusing even the most at­tentive of readers. 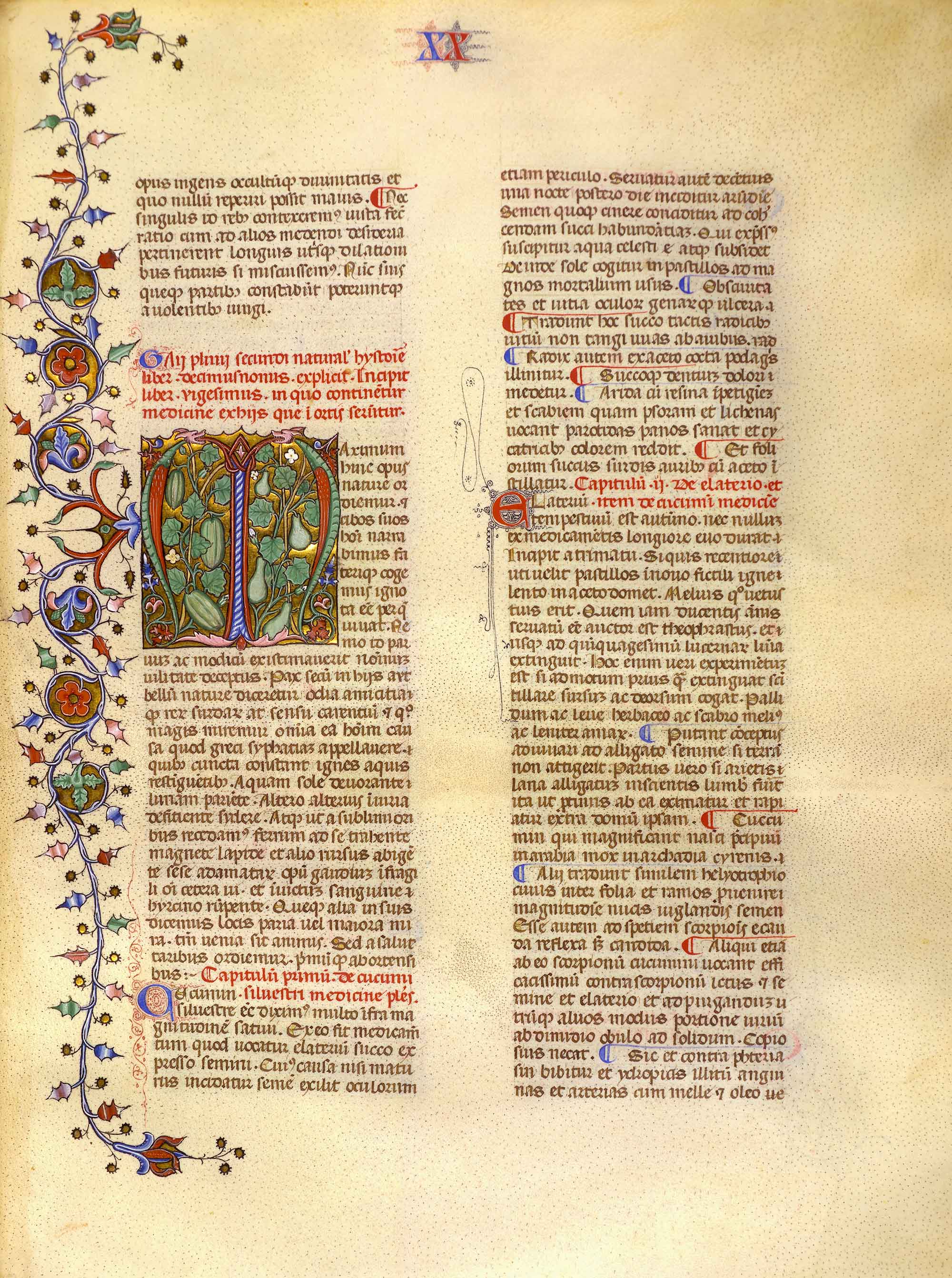