The Ambrosian Virgil of Francesco Petrarca

In the course of his active scholarly life, Francesco Petrarca – Pe­trarch – amassed an enviable library embracing both his beloved classical authors and the Church Fathers. He sought out texts that were little known at that point; he wove friendships that allowed him gradually to increase the number of volumes in his armarium. With his notes on his own reading, and the textual collations and conjectural readings he added in the margins of his books, he put back into circulation many works not often read in the Middle Ages: Livy’s Decades is a case in point, as are some of Cicero’s orations such as the Pro Archia. The most famous manuscript in his possession, the Ambrosian Virgil, was acquired for the Am­brosiana Library at the behest of Cardinal Federico Borromeo.
The fame of this codex is linked to the ‘Virgilian allegory’, a miniature by the Sienese painter Simone Martini, which Petrarch chose as a delightful gateway to the volume, and above all to the eight lines on the verso of the front cover in which he laments the fate of Laura.

In this emotional and very literary obituary, Petrarch declared to posterity that this was the book he often returned to, qui sepe sub oculis meis redit. And in a certain sense it was the book he cherished most, to the point of giving credence to the legend that he died with his head resting on those very parchment pages he had so densely annotated in the course of his life. The manuscript contains Virgil’s Bucolics, Georgics and Aeneid, accompanied by Servius’ exegesis, fols. 2r-233r; Statius ‘Achilleid with accessus and commentary, fols. 233v-248v; four odes by Horace (II 3, II 1O, II 16 and IV 7) with the commentary of the pseudo-Acron and some medieval glosses, fols. 249r-250v; and two exegeses of the Barbarismus, the third book of Aelius Donatus’ Ars maior, fols. 25 lr -269v. Petrarch added an impressive number of annotations to this large book, almost 2500 in all from 1338 to 1374, as we can see from the changes in the handwriting, the poet never stopped adding his own reflections to the margins of the monumental vol­ume. 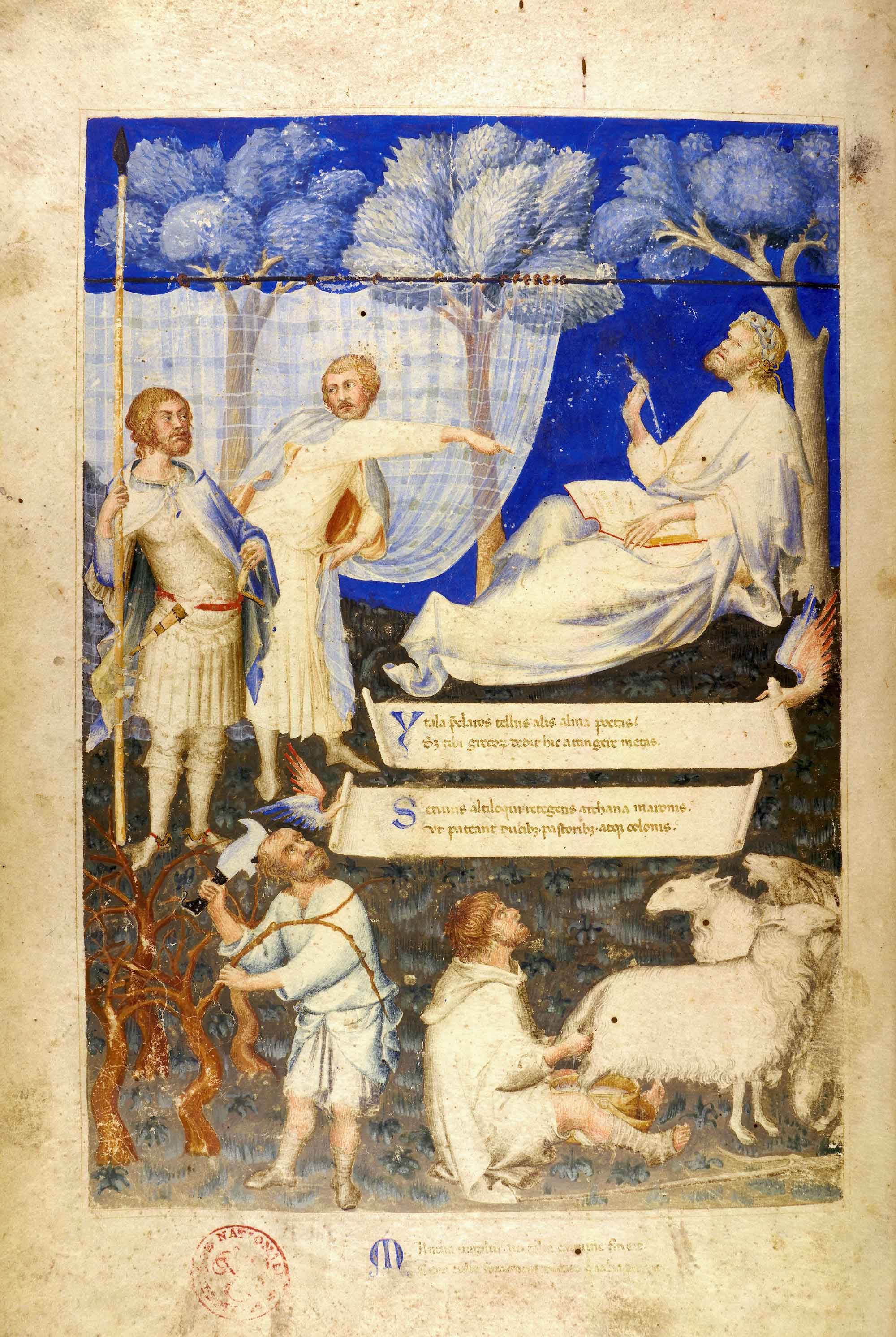