This portrait of Giuseppina Negroni Prati Morosini was commissioned by her husband, Count Alessandro, and shown at the annual exhibition of the Accademia di Belli Arti di Brera in 1853. Even so, despite the superb quality (see, for example, the luminous rendering of the face and the elegance of the ringed hand holding the half-open book), the two paintings were not particularly well received by critics. Giuseppina Morosini inherited her patriotism and passion for the Risorgimento from her mother, and shared it with her brother Emilio. She worked hard to help the fighters during the Five Days of Milan and, from 1849, her house became an authentic anti-Habsburg salon, with guests including Giuseppe Verdi, Andrea Verga, the founder of the Milanese school of psychiatry, as well as Francesco Hayez, whose memoirs she collected, and which were later published in 1890. This noblewoman was one of the cofounders of the political La Perseveranza newspaper in Milan in 1860. 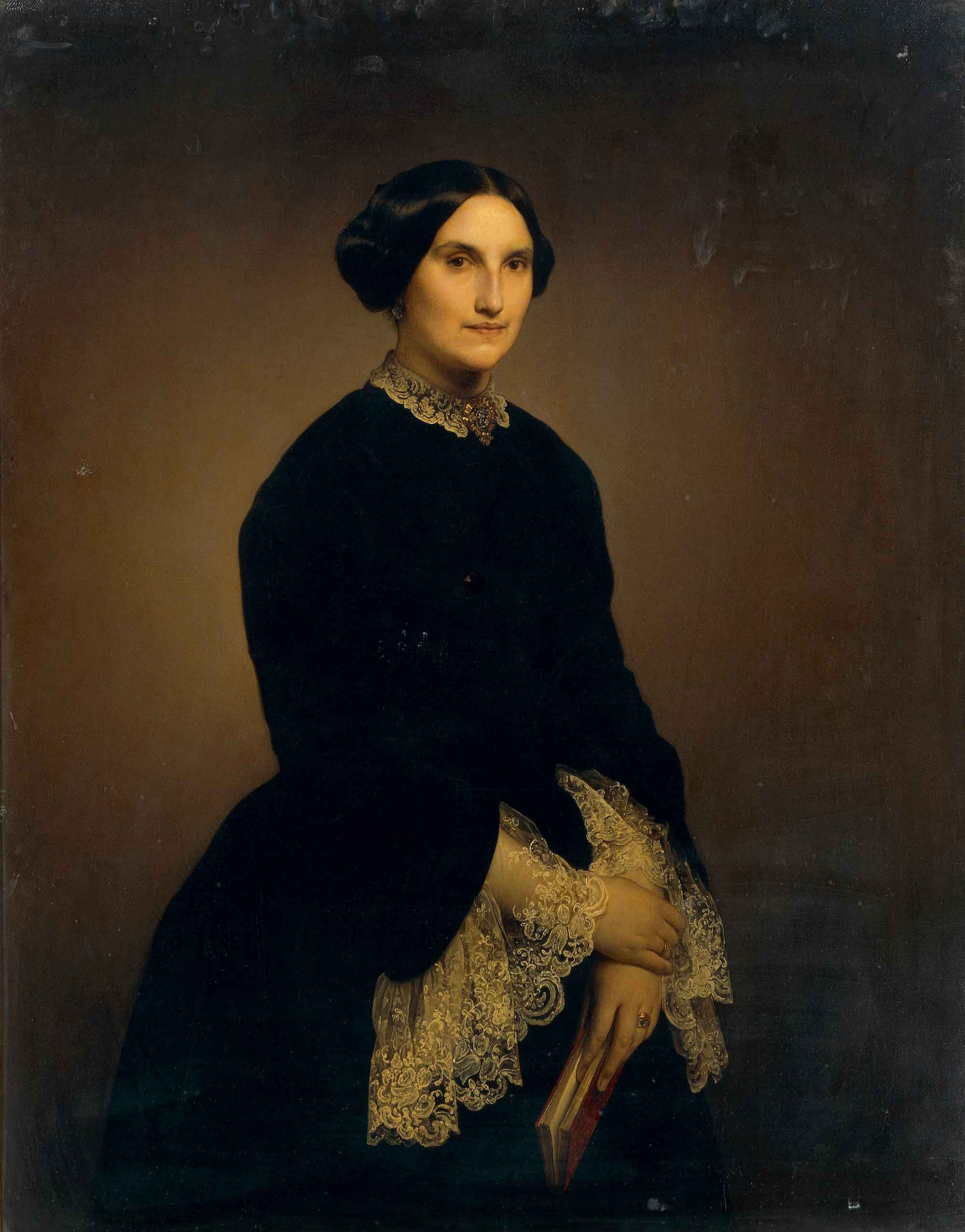