The Virgin of the Rocks

Andrea Bianchi, known as “Vespino”, was a professional painter who worked in Milan in the late Cinquecento and in the first three decades of the Seicento. He was the favourite artist of Cardinal Federico Borromeo, who commissioned him to make a number of copies of great Renaissance masterpieces, and of works by Leonardo da Vinci in particular. The Virgin of the Rocks is extremely faithful to the version now in London, and which at the time still adorned the chapel of the Immaculate Conception in the convent of San Francesco Grande, close to the basilica of Sant’Ambrogio. Actually, Vespino’s copy shows us what the London version originally looked like, in which the three figures (the Christ Child, St John the Baptist, and the Virgin) have haloes, and the little St John is holding a cross. Art historians have in fact established that the halos and the cross were added for devotional reasons at a later date, after the early decades of the seventeenth century, and that they did not appear in the original. So here too we can see that the value and the documentary purpose of these works, which were made as part of the Ambrosiana’s artistic and cultural programme, were far from being mundane plagiaries and still today they allow us to reconstruct the history of the great masterpieces of the Italian Renaissance. 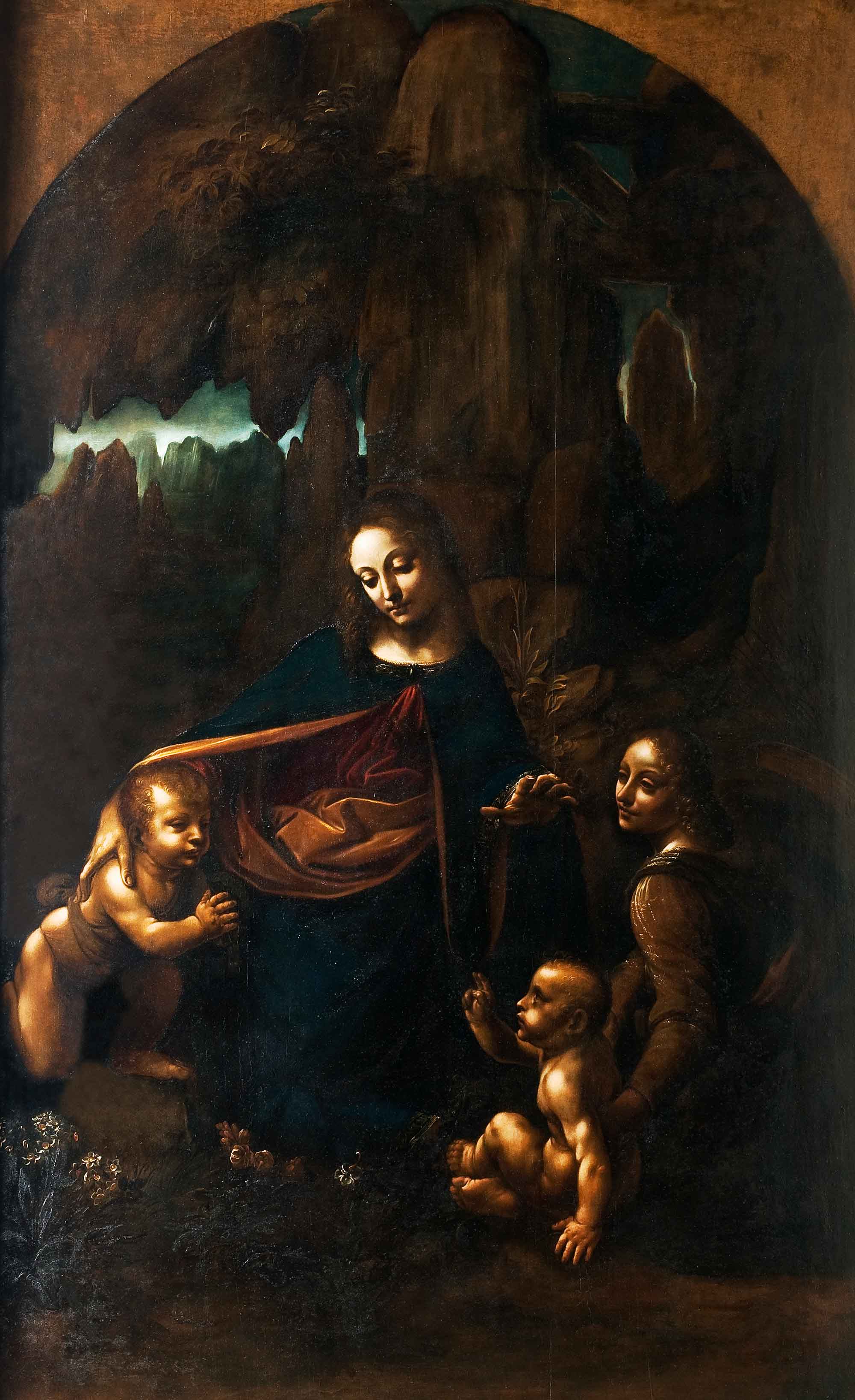