From the church of San Sepolcro, where it was taken in the second half of the eighteenth century, after the destruction of its original home in San Mattia alla Moneta (Piazza Cordusio), the triptych shows the Madonna and Child with Saint John the Evangelist and Saint John the Baptist in an arcade in the open. The construction cannot but recall the beautiful sacristy with paintings by Bergognone in Santa Maria della Passione. If we look carefully at the Virgin’s pedestal, we can see it consists of a monochrome triptych with, from left to right, Adam, the expulsion of Adam and Eve from the Garden of Eden, and Eve picking the fruit from the tree at the centre of the garden. The choice of subject is not coincidental, for it portrays Mary and Joseph as the new Eve and the new Adam, in accordance with the words of Saint Paul: “For as by the disobedience of one man [Adam], many were made sinners: so also by the obedience of one [Jesus], many shall be made just” (Epistle to the Romans, 5:18). 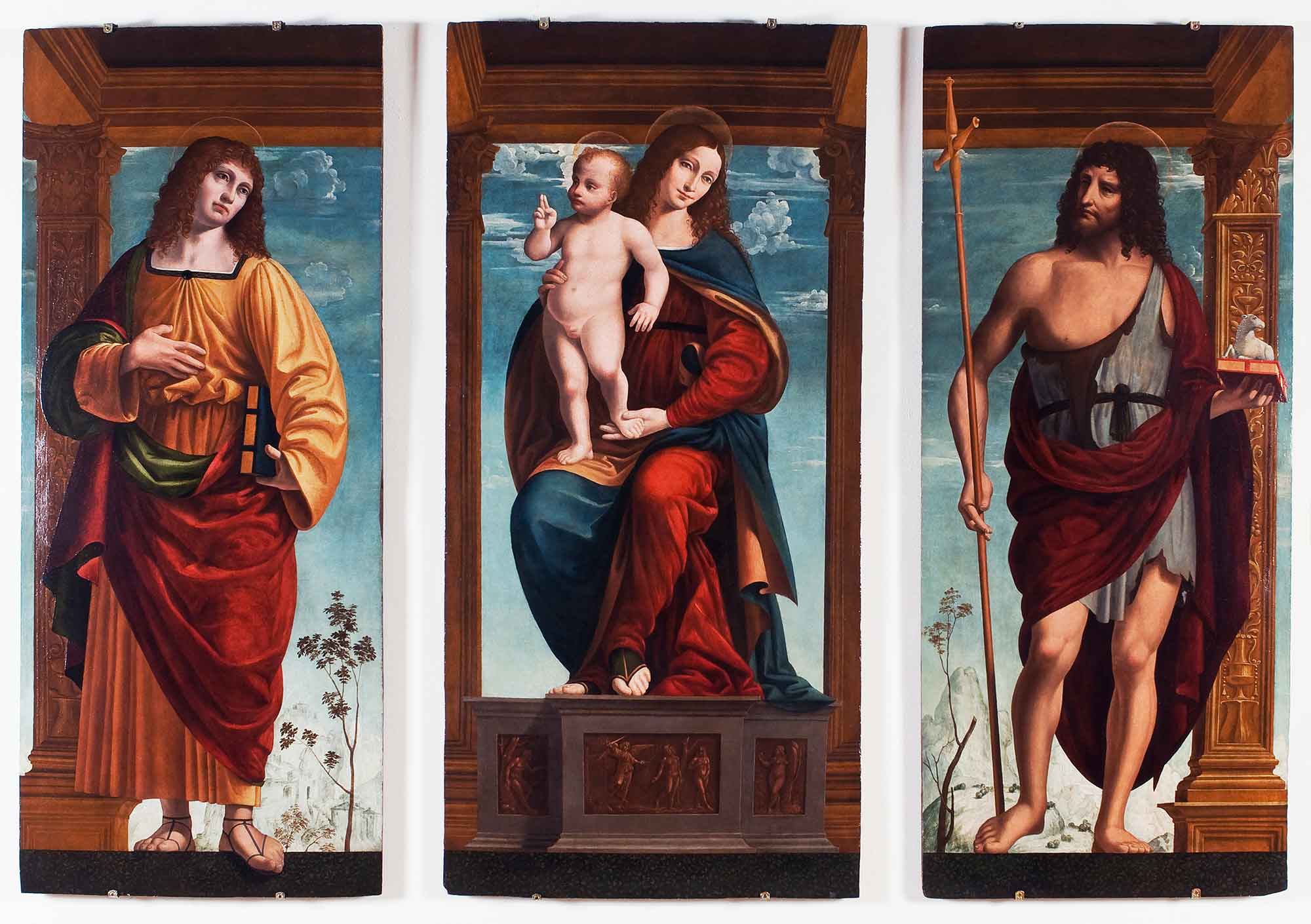