Also this painting has a troubled history of attributions: it was originally considered to be by Bernardino Luini, and then even by Leonardo, before being attributed to Leonardo’s most wayward and daring follower, Gian Giacomo Caprotti, called Salai (or Salaino), a name of Arabic origin which is said to mean “little devil”. Art historians today do not commit themselves, talking generically of a Leonardesque painter in the first quarter of the Cinquecento. The artist undoubtedly took inspiration from the Saint John the Baptist now in the Louvre, which is certainly by Leonardo, but there are some substantial differences: the cross that appears in the original is missing and the figure, which Leonardo sets against a dark background, is shown here with effeminate, almost affected features in an idyllic landscape. 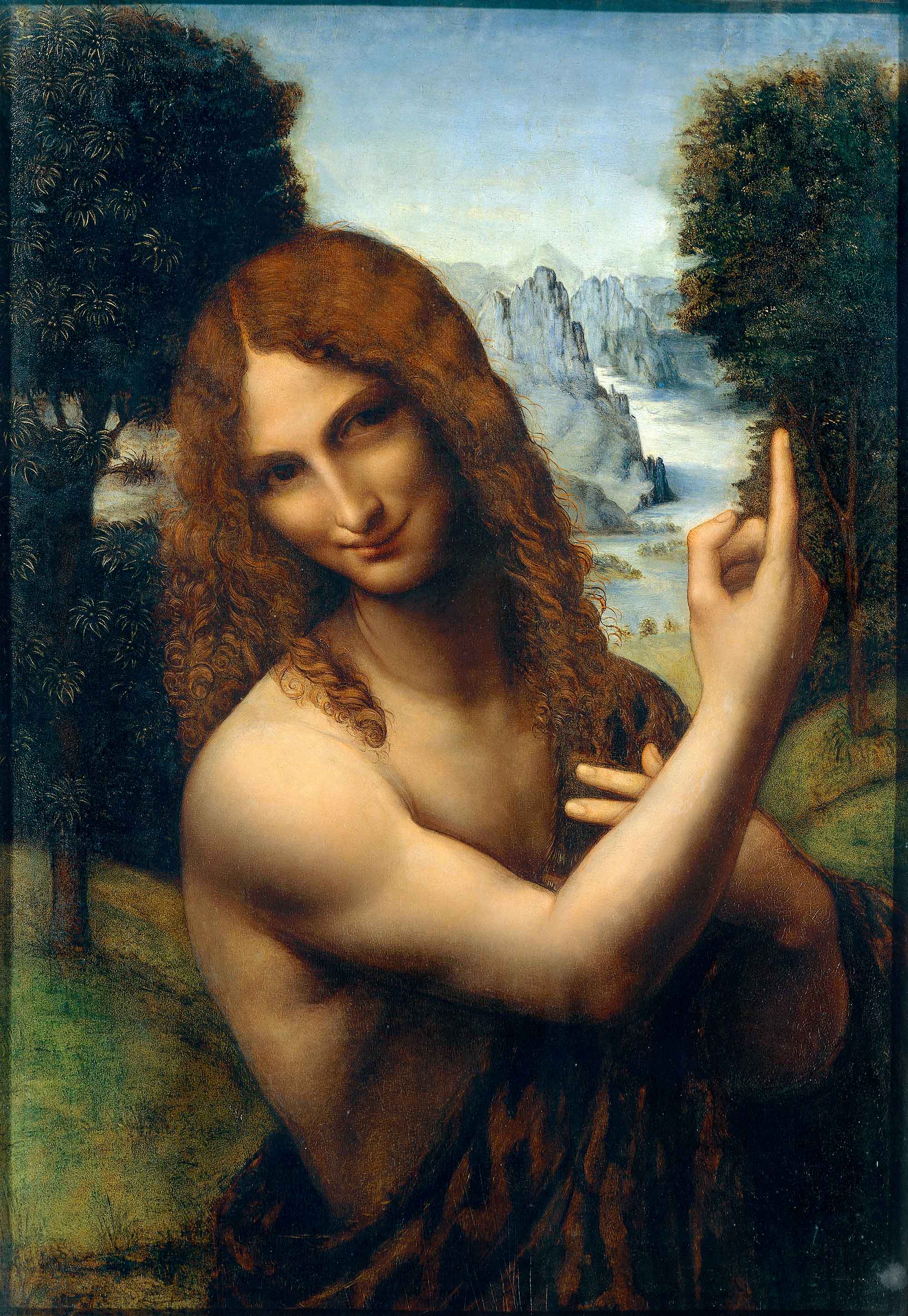