Portrait of a Musician

The only painting on panel by Leonardo to have remained in Milan, this portrait was traditionally thought to depict Ludovico il Moro, Duke of Milan. In 1905, when restoration work removed the overpainting and uncovered the hand with a musical scroll in the lower part, it was suggested that this was the portrait of a Musician, at times identified as Franchino Gaffurio, chapel Master of the Duomo of Milan and others the Franco Flemish singer and composer Josquin des Prez, both of whom worked in Milan at the time of Leonardo and Ludovico il Moro. Recently it has also been suggested that it is a portrait of Atalante Migliorotti, a Tuscan musician who was a friend of Leonardo and who came with him to the Duke’s court in Milan as a singer and talented lyrist. 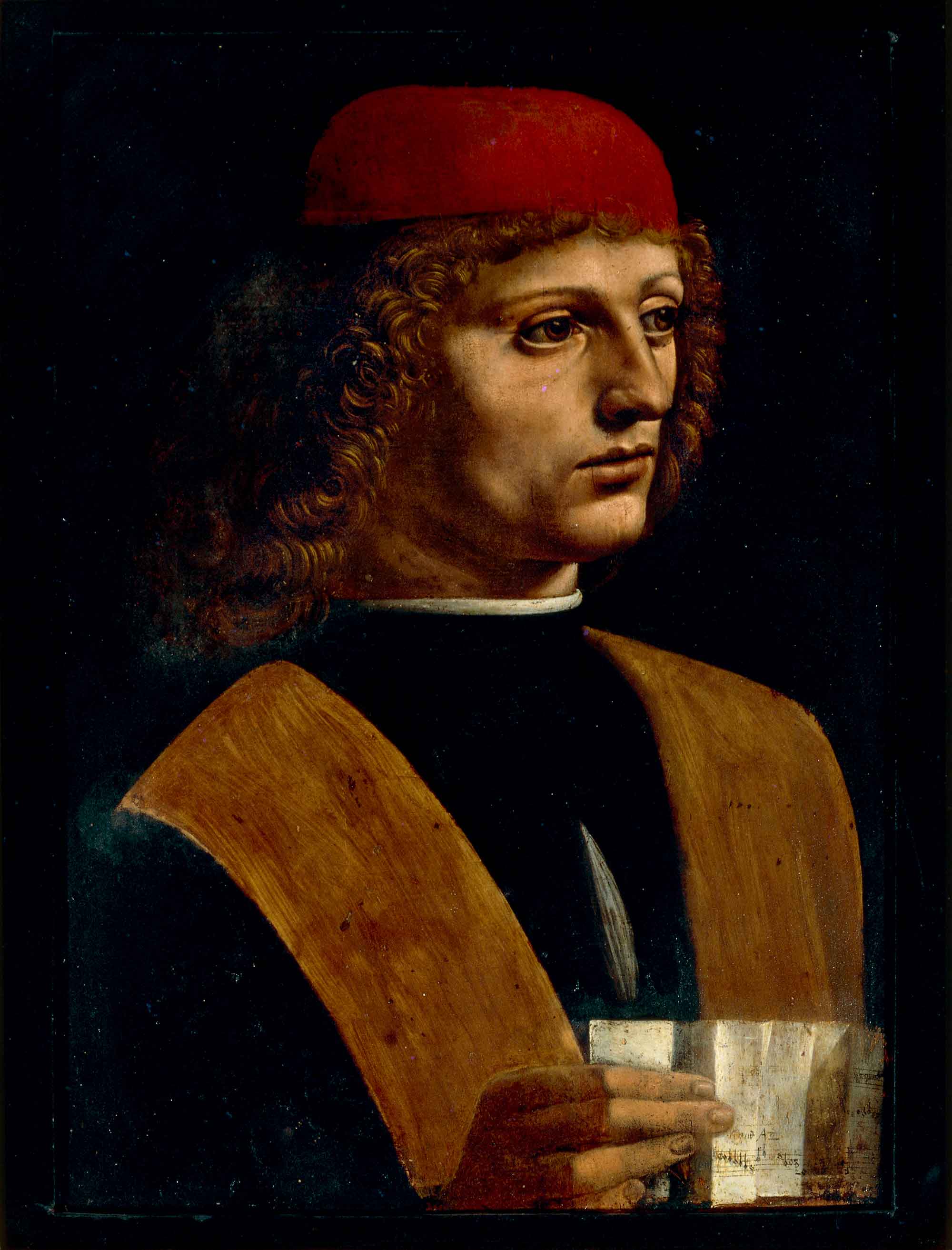 THE PINACOTECA AMBROSIANA IS OPEN ON MONDAY, NOVEMBER 1

The primary objective of this partnership wants to be the common enhancement of the book heritage available in both libraries, studying innovative forms of accessibility to the precious historical collections and in particular to the ancient manuscripts in Arabic that the Ambrosiana Library has collected and preserved since the seventeenth century