This pair of gloves, which have faded over time, belonged to Napoleon, and came to the Ambrosiana with the following handwritten note: “I, the undersigned, declare that the gloves in yellow dante [buckskin], attached hereto, and fastened by a cord, were given by my husband, Baron Giuseppe Cavalletti, equerry to Prince Eugenio, Viceroy of Italy, upon his return to his homeland after the Battle of Waterloo. He told me that he kept them in memory of Napoleon I, at whose side he fought in said battle, as he had in many others, during which he was given them, and had kept them ever since. Marta Cavalletti, 23 June 1860”. The Battle of Waterloo took place on 18 June 1815 and marked the definitive defeat of Napoleon, who was later exiled to the island of St Helena, where he died on 5 March 1821. 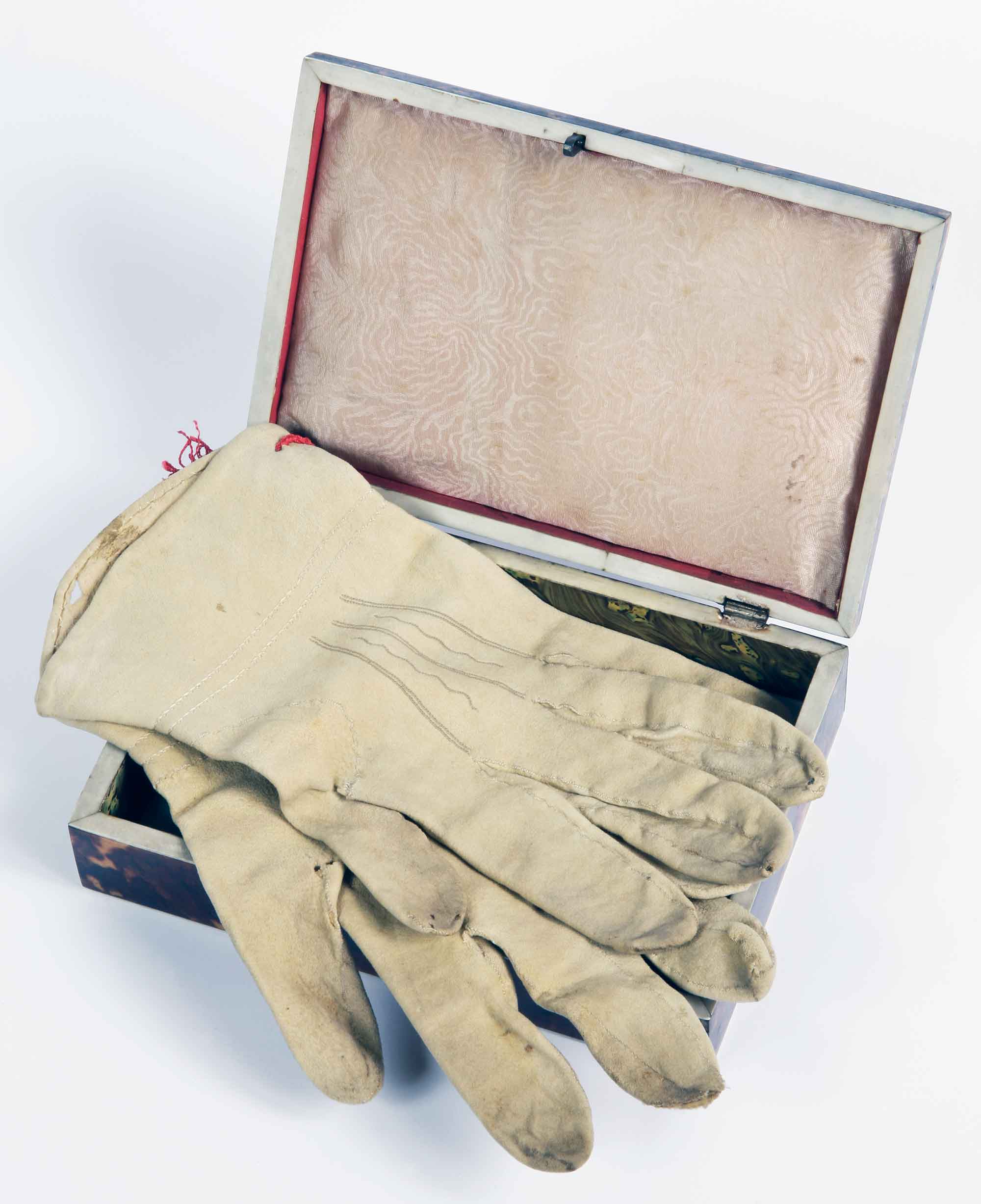 Open Monday to Friday, 9.00 to 17.00. Reservation recommended by writing to prenotazione.biblioteca@ambrosiana.it.