This painting is by Anton Raphael Mengs, a German painter who worked in the leading capitals of Europe and who is considered as one of the greatest exponents of neoclassicism. It portrays Peter Leopold, called “the wise”, the son of Empress Maria Theresa of Austria and brother of Emperor Joseph II, when he was grand duke of Tuscany, before he himself became emperor as Leopold II. A leading sovereign of the eighteenth-century Enlightenment, he is shown here in a dignified but not haughty pose. On his chest we see a sash of white and red, the heraldic colours of the Habsburgs. 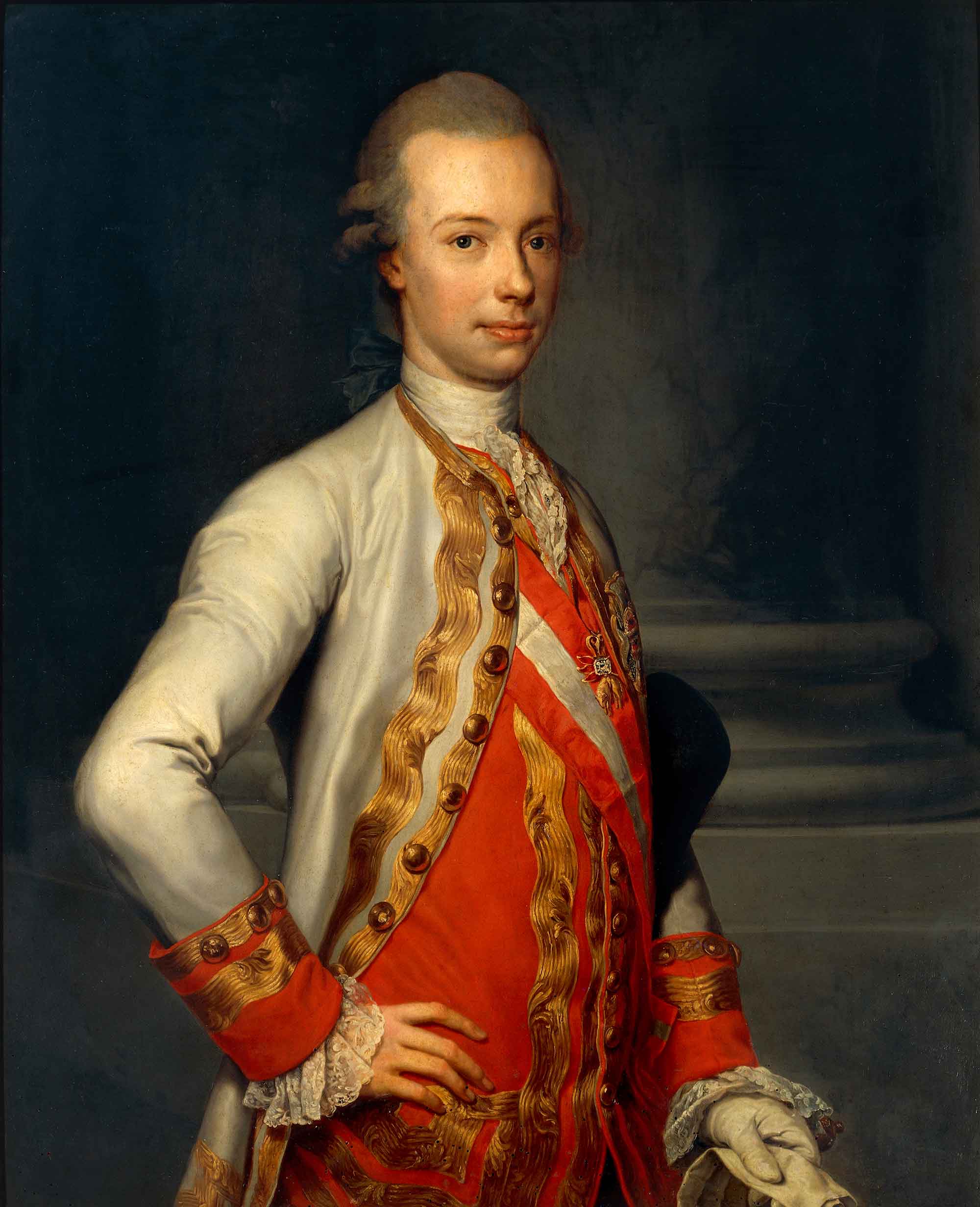