These two pilaster strips formed part of the majestic monument that Bambaia carved to commemorate Gaston de Foix, the young commander of the French troops and the nephew of King Louis XII, who died in Ravenna in 1512. Originally placed in the church of Santa Maria in Milan, it was carved between 1516 and 1517, but was immediately dismembered: as well as in the Ambrosiana, parts of the monument are now in the Castello Sforzesco in Milan, in the Victoria and Albert Museum in London, in the Collezione Borromeo, in the Musée Jacquemart-André in Paris, in the Museo Civico in Turin and in the Prado in Madrid. These two lesenes are a perfect example of the truly superlative art of Bambaia, who managed to create high reliefs with figures and objects brought fully into the round. 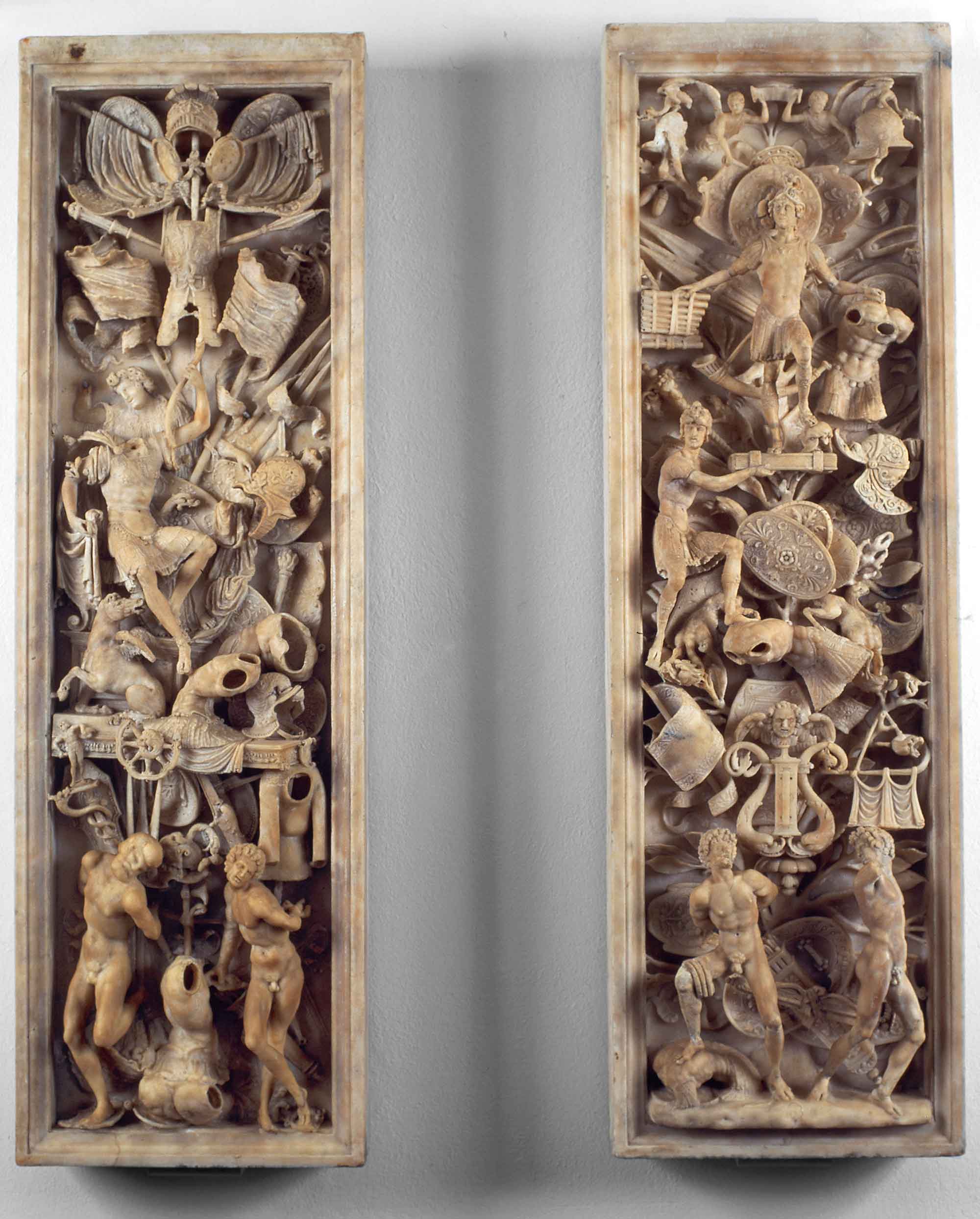