Display case with the hair of Lucrezia Borgia Alfredo Ravasco

Display case with the hair of Lucrezia Borgia

Documents show that, as early as 1685, the Ambrosiana had a lock of hair from Lucrezia Borgia (1480-1519), the daughter of Roderic, later Pope Alexander VI, who married Alfonso d’Este, Duke of Ferrara. It was kept together with nine letters, also in the Ambrosiana, written by Lucrezia to Pietro Bembo (1470-1547), the humanist cardinal and man of letters. This lock of blonde hair became an almost cult object for the Romantics in the nineteenth century, and it was housed, like a reliquary, in this display case made by Alfredo Ravasco, one of the finest goldsmiths in Milan in the first half of the century, with a combination of precious materials, hardstones and gems. The two pendants, with the heraldic emblems of the aristocratic Borgia (the bull) and d’Este (the eagle) families, are worthy of note. 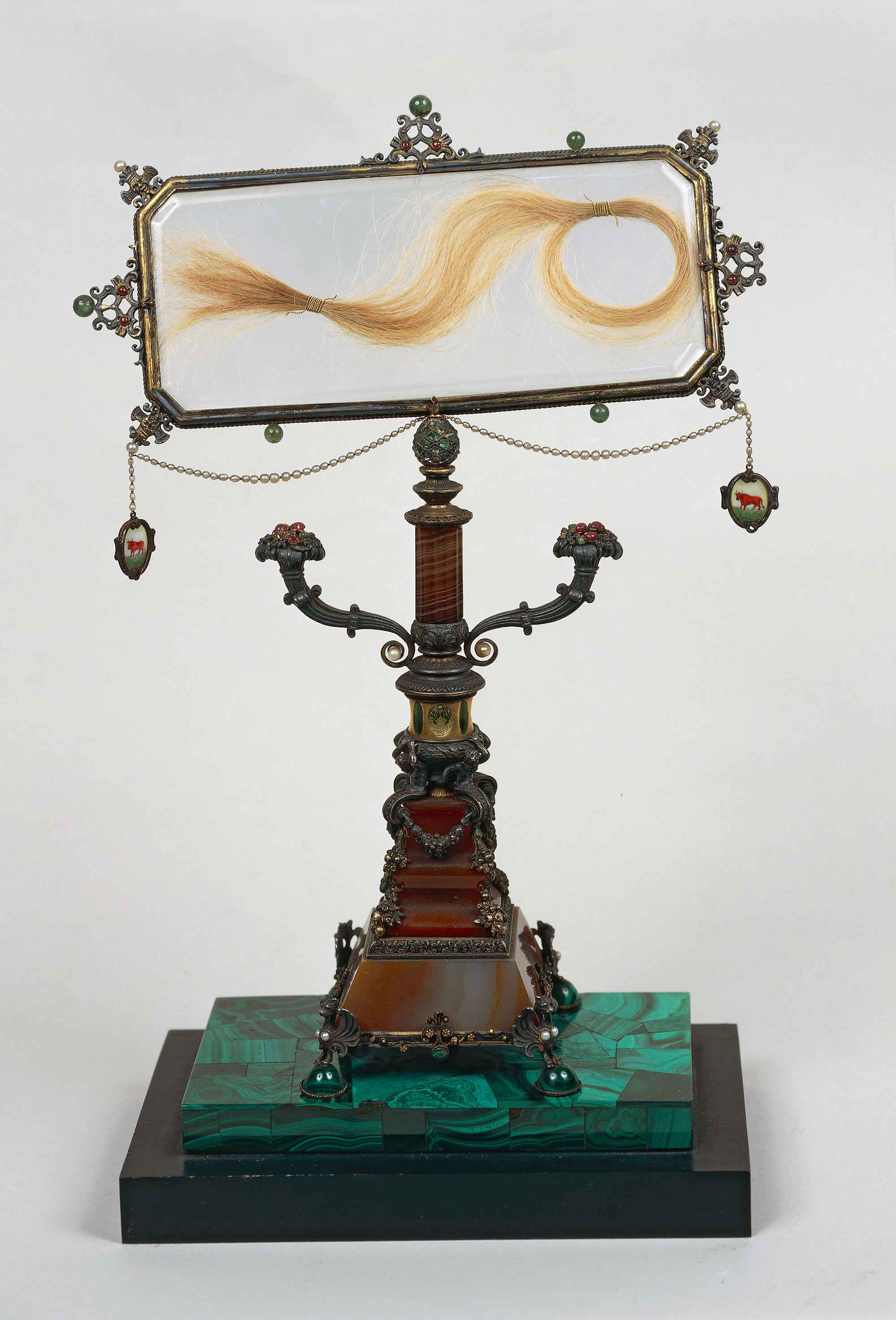