The little paper Codex came to the Ambrosiana library in the autumn of 1609 with the astonishing collection of manuscripts belonged to Gian Vincenzo Pinelli and acquired by Cardinal Federico Borromeo after lengthy negotiations.
It was a schoolbook, with the right-hand side of each page taken up with narrative and etiological comments and explanations concerning the Iliad, and the left by the miniatures, all arranged facing the left. In the early XIX century, the parchment fragments were detached from the supporting papers and were thus available to new scholarly studies. It was immediately clear that they had been cut out of a Codex of the Iliad, as splendid as ever as unique, so that there were almost no other relics of the ancient world with which they could be compared, to help with dating the book and guessing where it might have been produced.
Paleographic research led to the era of the Byzantine Emperor Anastasius I (491-518), when a type of script known as biblical majuscule, used mainly for the transmission of Christian texts, featured the chiaroscuro and ornamentation of the letters used by the Ilias Picta copyist. But the copyist applied them in a style called rounded uncial, the fine script of profane literature, out of use for three centuries. Careful studies on the miniatures revealed they were neither originals, nor copied from a single model, but rather composites of different elements and traditions in the figurative arts and craftsmanship, datable to between the second and the fifth centuries AD: hence the difference among the miniatures, all apparently from the hand of a single good craftsman.
As for the provenance of the Ilias Picta, comparisons with the similar script of the same period in two parchment fragments, one found in Egypt and the other possibly reused there in the seventh or eighth century to write a Coptic text, lead us to favor Alexandria. Such a work had to be carried out in a city, where there were patrons and wealthy cultured clients, libraries and an artistic heritage to provide models for the script, text and miniatures, as well as at least one copyist and a miniaturist capable of doing the work. It was then during the Byzantine period in Calabria and Sicily at the height of the twelfth century that the small Homeric manual was prepared and the surviving miniatures cut and pasted from their original folios. 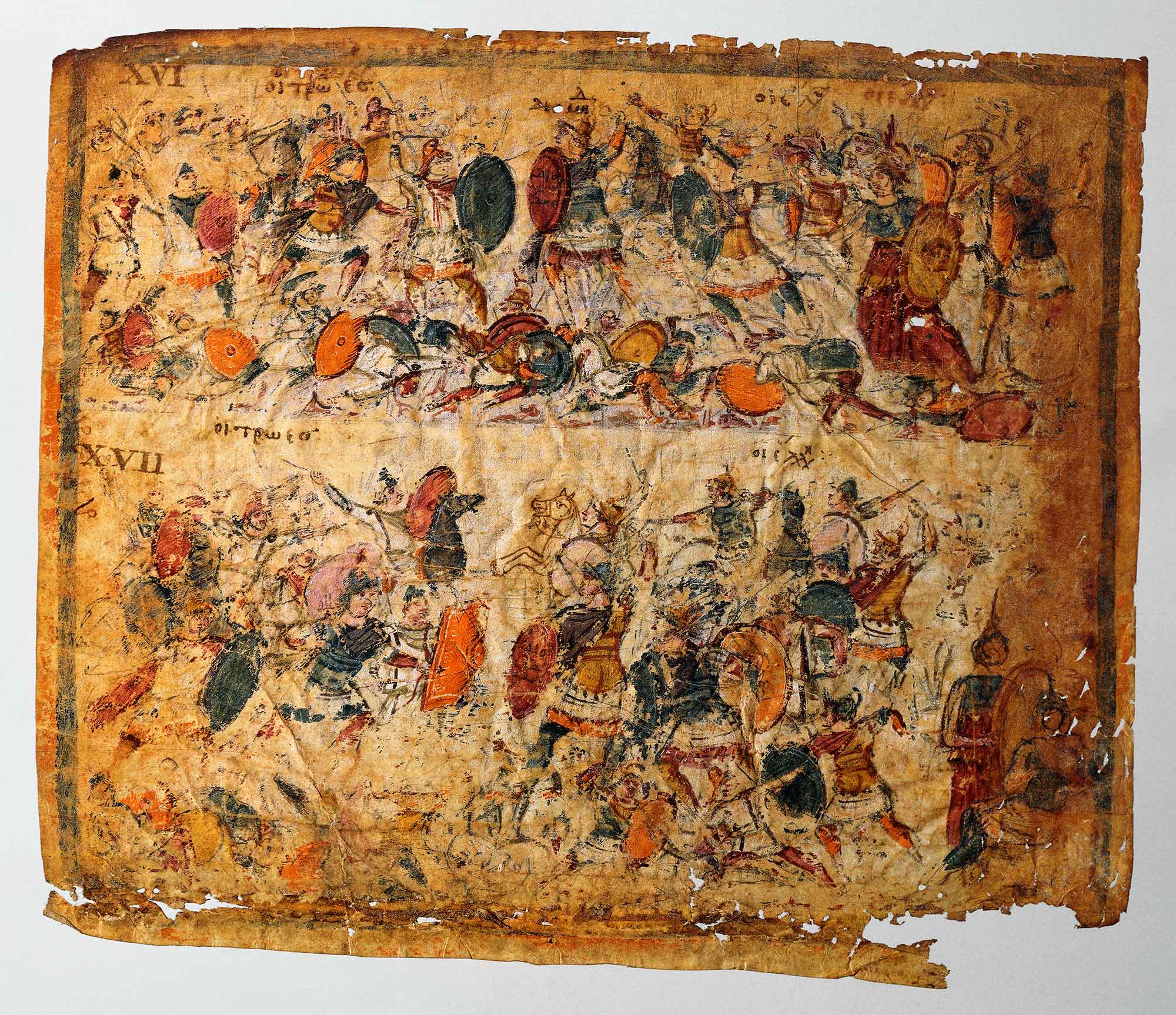