The architecture of the Aula Leonardi is dominated by a majestic fresco by one of Leonardo da Vinci’s most mature and original followers, Bernardino Luini. The subject of this mural painting is clearly explained by the cartouche at the top of the central bay, which bears the title of the work itself: Caput regis gloriae spinis coronatur (“The Head of the King of Glory Crowned with Thorns”). The scene is divided into three distinct parts. At the centre, Christ is wearing a scarlet mantle and holding a cane as though it were a sceptre, and he appears to be seated on a sort of throne. His wrists are tied by a rope and on his head he wears a crown of thorns. He is surrounded by several soldiers who insult and mock him with strange grimaces, while two of them, who are closest to him, look as though they intend to beat on the crown of thorns with sticks, to press it deeper into his flesh. The two sides, on the other hand, show the twelve members of the Confraternita di Santa Corona, who commissioned the fresco from Bernardino Luini. There are six on each side, kneeling and wrapped in heavy black cloaks. Before it was taken over by the Ambrosiana, this hall was the chapter house of the confraternity, which was named after the Holy Crown of Christ and devoted to charitable work. 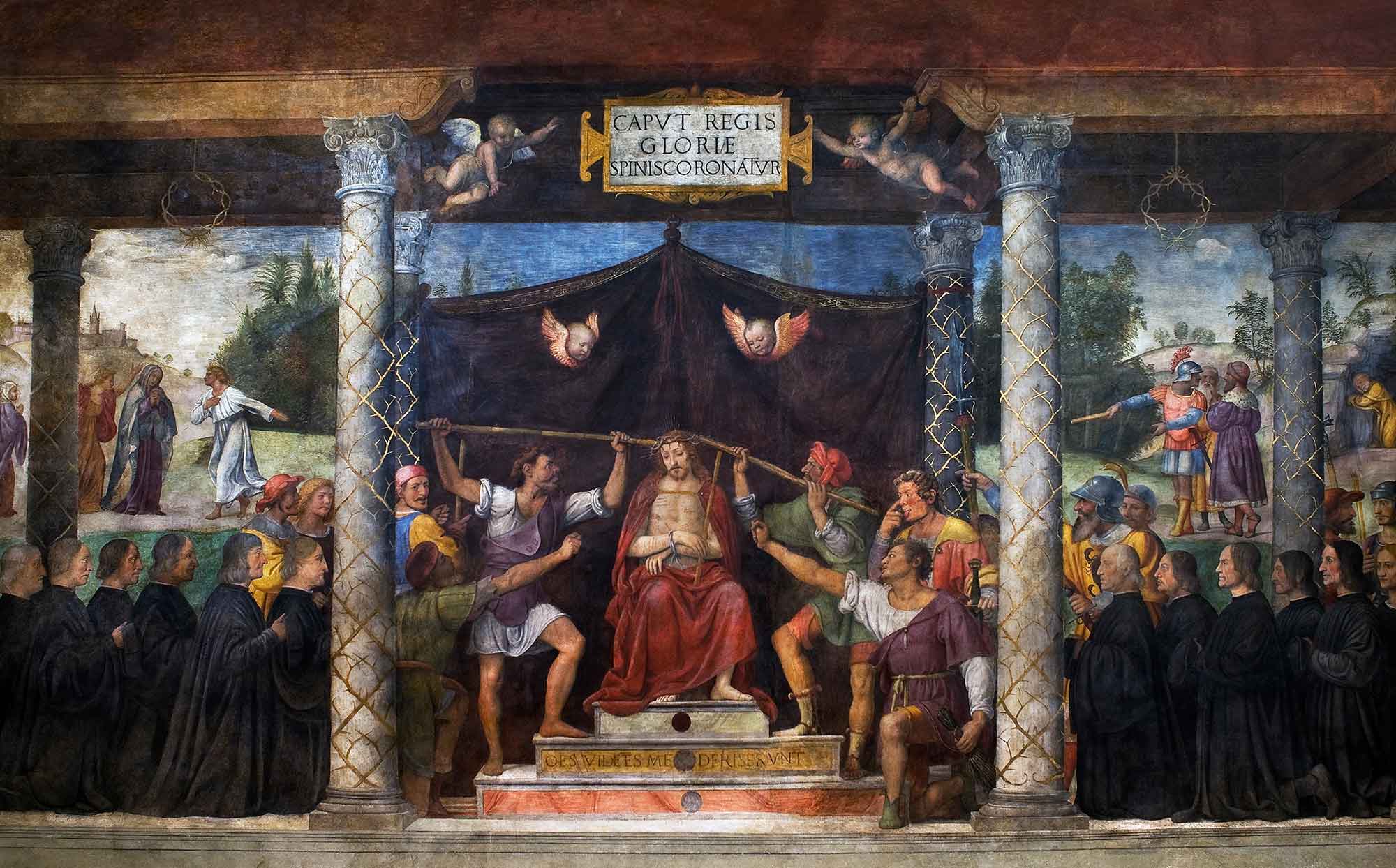