This is probably the most famous painting in the collection of Cardinal Federico Borromeo, which formed the original nucleus of the Pinacoteca Ambrosiana. It is considered to be a sort of prototype of the “still life” genre. It shows a wicker basket brimming with fruit and leaves, rendered with great realism and attention to detail. This almost conflicts with the abstract neutral background of the painting and with the line of colour the basket itself is resting on, and from which it juts out. The founder of the Ambrosiana mentions this extraordinary painting many times in his writings and says he has searched in vain for a work that can bear comparison to it. But, he writes “for its incomparable beauty and excellence, it remained alone”. The painting has been interpreted in many different ways, some of which are religious: the extreme realism with which the fresh fruits are placed alongside those that are worm-eaten, and the leaves that gradually dry out and shrivel, give tangible form to the inexorable passing of time. 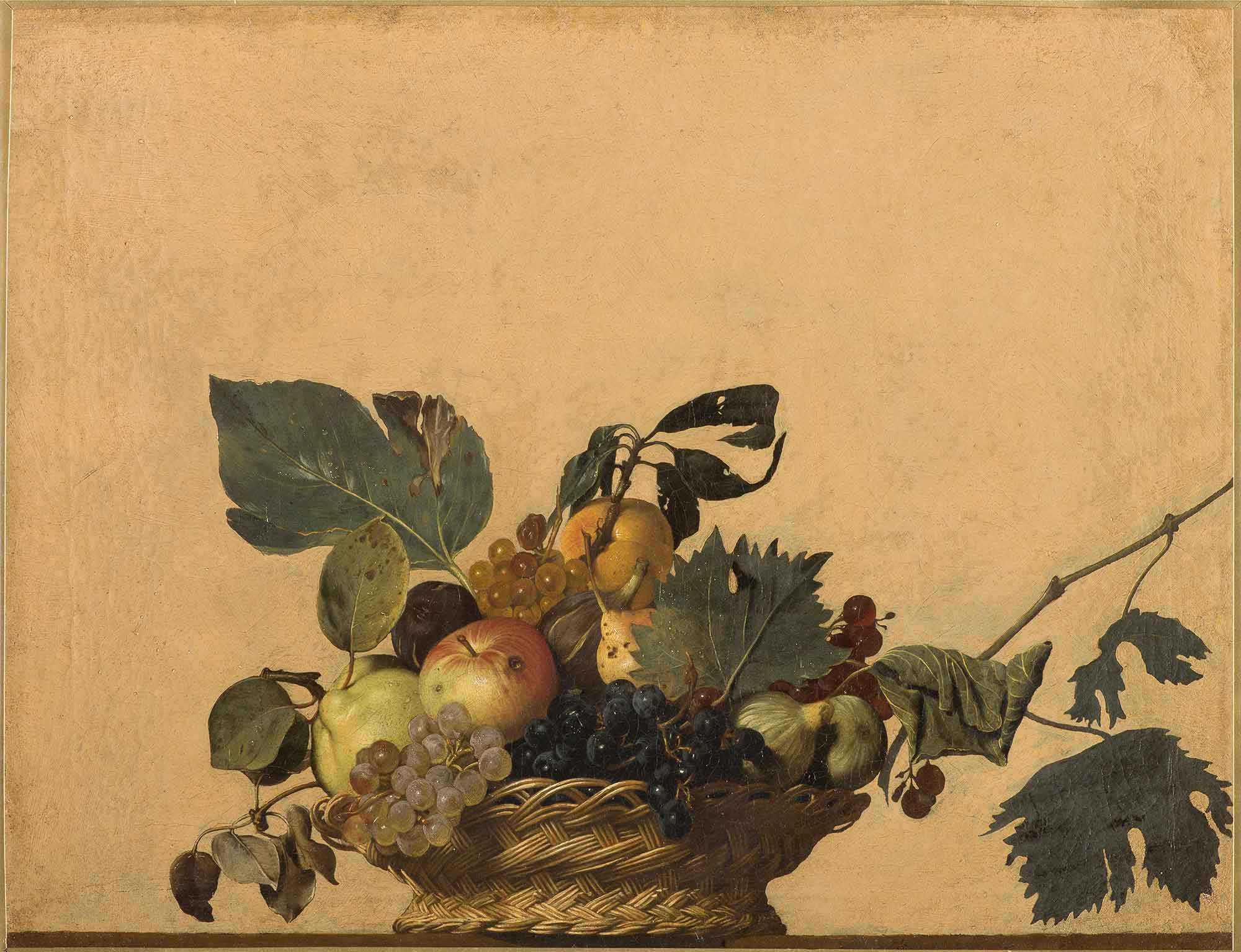