Adoration of the Magi

Painted around 1559-60, the painting has much in common with Titian’s mature works. The rendering of the sky is interesting, for the colour is applied in such a way as to leave some areas of raw canvas, creating a very singular effect. There is a curious anecdote about thisa painting: the pretty little dog at the base of the hut was painted over, because it was considered scandalous and irreverent. In his De pictura sacra, Federico Borromeo, founder of the Ambrosiana, refers to the person who had it covered as “stern and fanatical” and he quotes Titian himself when he said “it was not surprising the persons ignorant of any art should commit such a disfigurement”. During the latest restoration, the little animal was returned to view, further revealing the brilliant Venetian painter’s interest in nature. 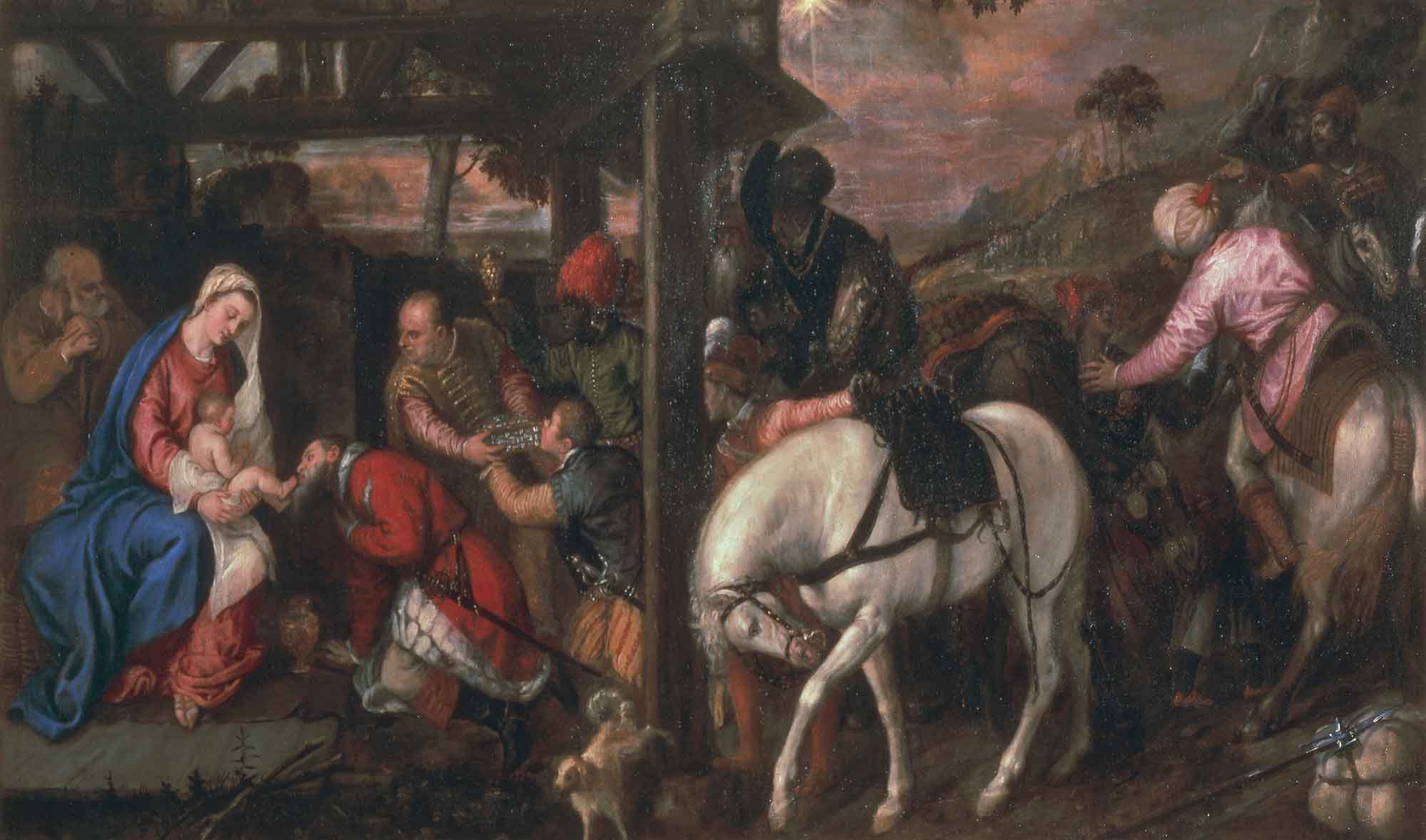