The Madonna Enthroned with Saint Ambrose and Saint Michael

Painted probably towards the end of the 1510s, this panel clearly shows the profound impression that Leonardo’s Last Supper had on Bramantino, as we can see in the monumental composition of the work. The painting is extremely interesting also in terms of its symbolism: the Madonna enthroned has the Child on her knees, in the act of handing a stylised palm to Saint Ambrose, who is identified by the mitre at his feet and by the scourge resting on the throne. The palm is a reward for his victory over Arianism through his pastoral actions and writings. This is symbolised by the corpse of Arius, shown in a daring foreshortening at the foot of the Milanese prelate. On the right is the Archangel Saint Michael, whose emblems – the scales and the sword – rest one on the throne and the other on the predella, and who is shown handing the animula, the symbol of a dead soul, to the Infant Jesus. The frog lying dead on its back at his feet symbolises malignity defeated. 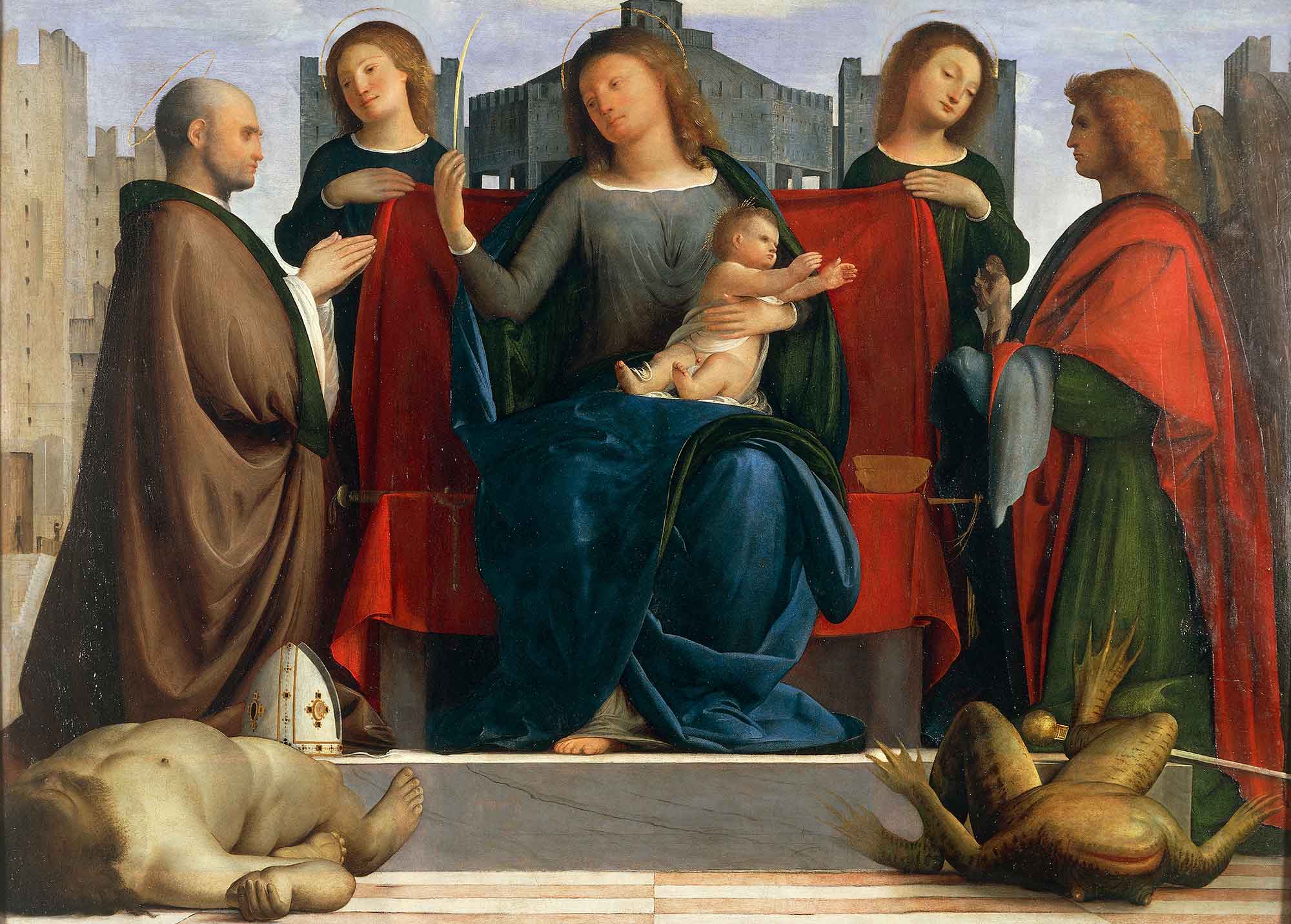