Portrait of a Pilgrim

This austere, intense portrait is the work of Monogrammist HL, whose monogram HLF appears on one of the shells. The sitter, who has a rosary around his right wrist, bears the shells very conspicuously on his shoulder and chest, indicating his status as a pilgrim. Initially considered to be a portrait of Saint Ignatius Loyola, scholars today prefer not to identify the sitter. On the back of the panel there is a date (1542) and an inscription stating that it had belonged to don Federico Crivelli, who died on 30 April 1589, and that it “it was given to me, Battista Rubenino, priest, by his agents”: “Era del s. don Federico Crivelli qual morite a li 30 aprile 1589 e i soi agenti l’ano donato a me prete Battista Rubenino”. 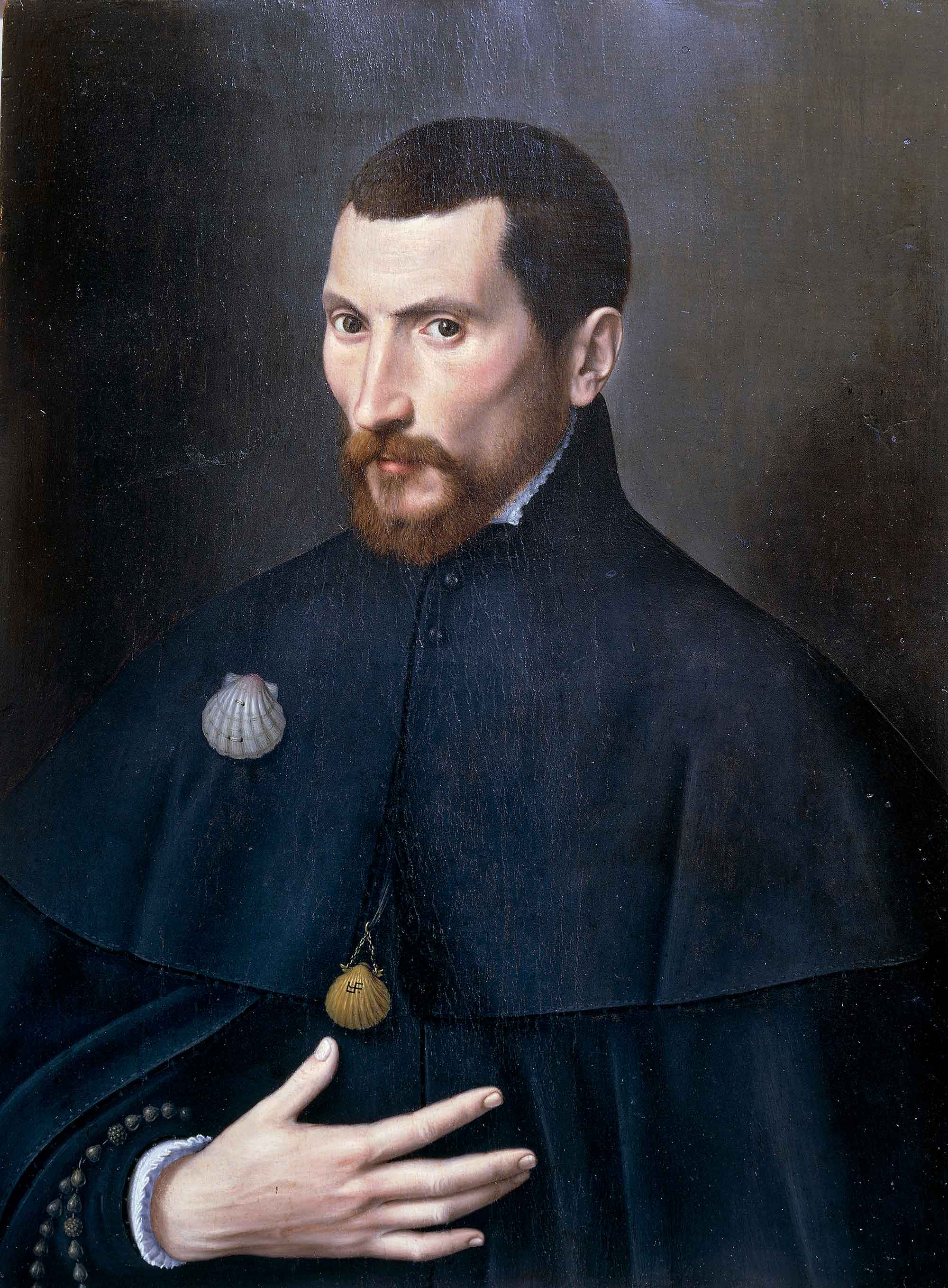