Flowers in a Vase

A colourful bunch of flowers with tulips appears in a römer, a characteristic Rhenish glass that often appears in northern paintings of this period. In a letter of 13 June 1608 Brueghel says he is sending a painting of three tulips and other rare spring flowers. As well as establishing the origin of the painting, it also recalls an important characteristic of Flemish painters, which is that they liked to paint from life. In another letter, dated 26 September of the same year, he says he has most diligently made another little painting from life with tulips picked in May. This is the second documented painting of this genre, after the Vase of Flowers with Jewel, Coins and Shells (inv. 66), also in the Cardinal’s collection. 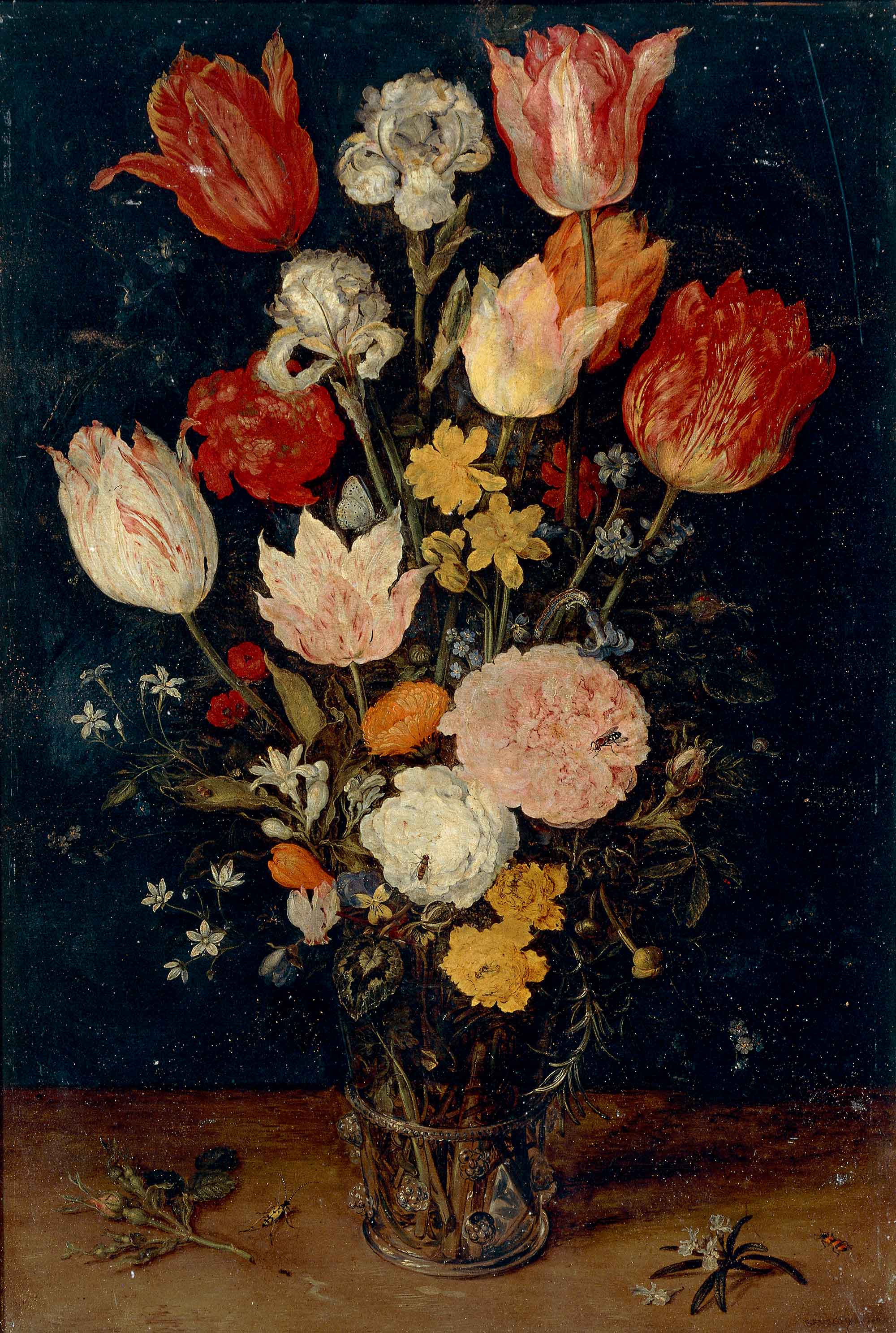