This is undoubtedly the most striking of the four paintings, and the one in which the artist’s imagination has run most freely, adopting an almost infinite number of creative solutions. The element fire appears primarily in the enormous blaze that, as an untameable force of nature, is devouring the building on the mountain in the middle distance. But the artist has also worked on the theme of fire through the representation of an enormous workshop, where the workers (whom the Cardinal refers to as the mythical Cyclops) are at work producing an enormous number of objects: armours, glassware, pitchers, domestic implements, and tools for a crafts workshop. The power of fire is needed to produce this huge number of objects, no longer as an overwhelming, destructive force, but tamed by man and subjected to his will in the furnace which we see on the left-hand side. The painting is signed and dated 1608, and was the first of the four to be made. 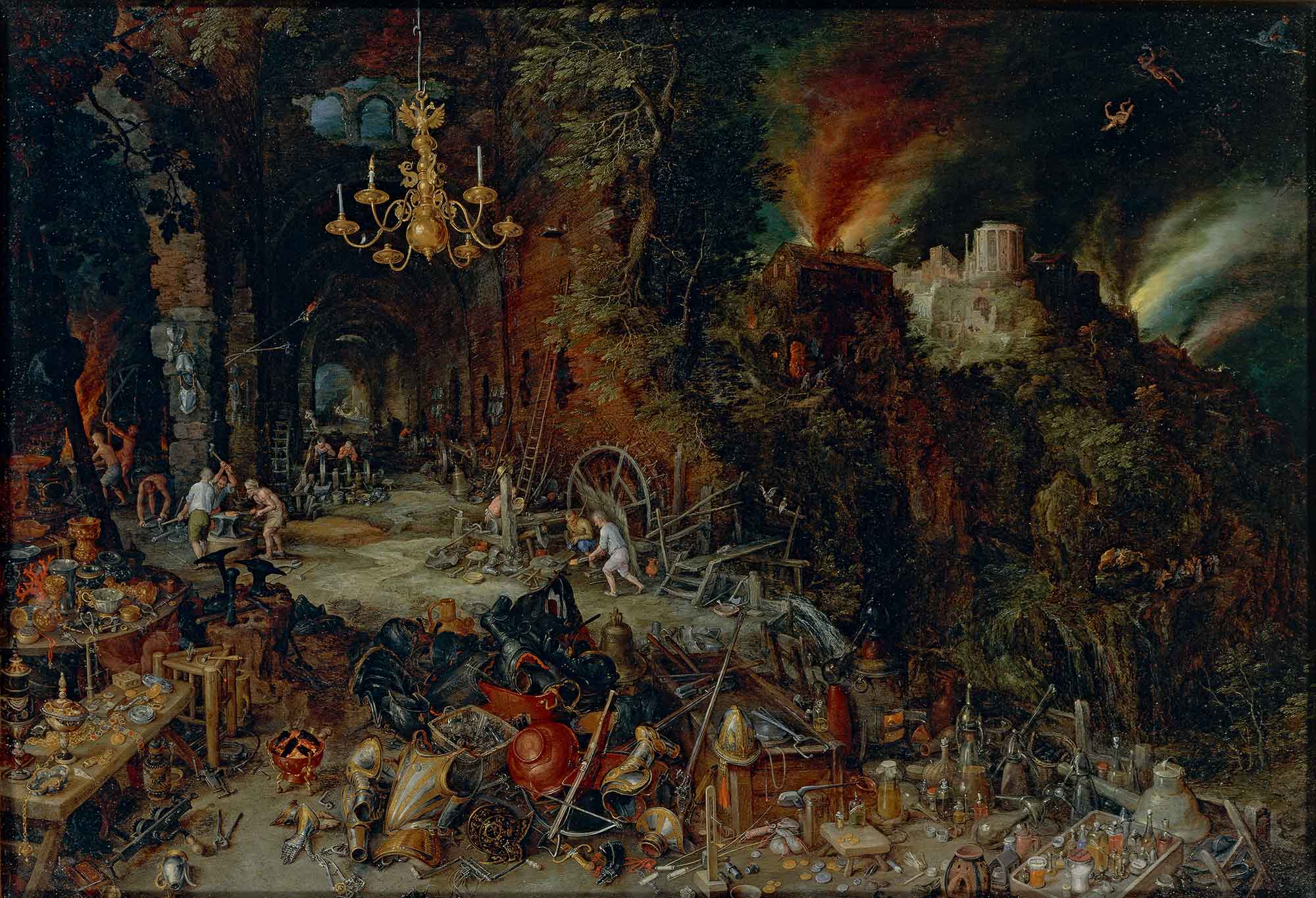