This painting is open to various interpretations, partly due to the symbolism of the many objects that fill the scene and that surround this enigmatic female figure who is shown pressing against her breast. It has been suggested, for example, that this is an allegory of Melancholy, or of Science. However, it is probably Philosophy nourishing and feeding the various liberal arts: the armillary sphere alludes to astronomy, the lute to music, the pair of compasses and the plumb-rule to geometry, mathematics and architecture, and the open books refer to the sciences in general. Lastly, we can see how the woman is holding the rod of authority and indeed Philosophy not only nourishes the arts (the pressed breast), but is also their apex and queen (the sceptre). 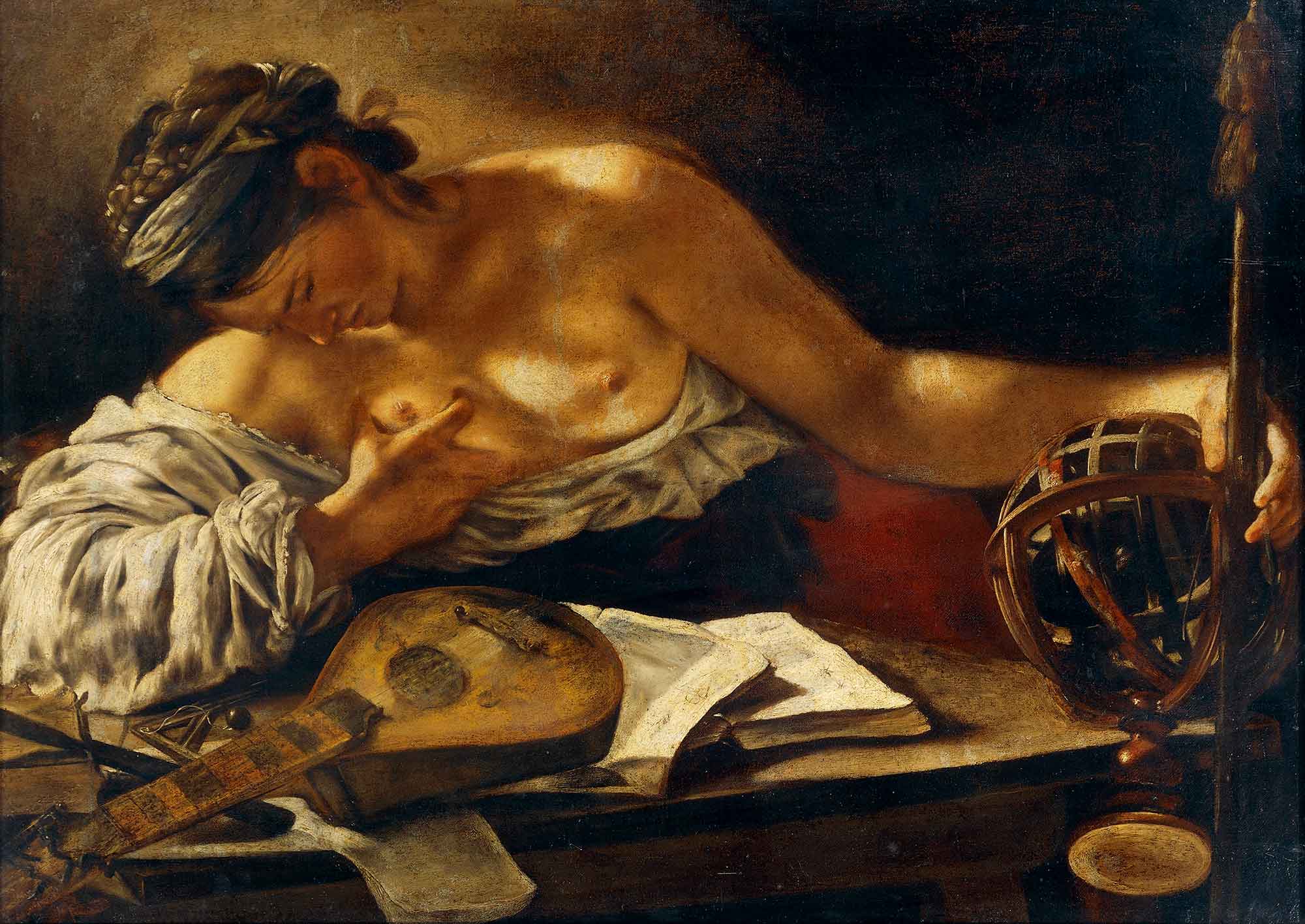 From July 26 to August 31 the reading room is closed for the usual summer pause.

THE CRYPT OF SAN SEPOLCRO OPENS AGAIN TO THE PUBLIC!

THE DIVINE COMEDY AT THE AMBROSIANA

On the occasion of the celebrations for the seventh centenary of Dante Alighieri's death, the exhibition presents a precious selection of Divine Comedies from the Ambrosiana Library.