THE RESTORATION OF THE HYPOGEAN CHURCH OF SAN SEPOLCRO IS COMPLETED

With the restoration of the hypogean church of San Sepolcro Milan recovers an important piece of its artistic heritage.

The works, started in 2018, were conducted by the Superintendency of Milan, thanks to the financing of one million euros from the Ministry for Cultural Heritage and Activities, with the contracting authority of the Lombardy Regional Secretariat, in close collaboration with the Veneranda Biblioteca Ambrosiana. Each phase of the restoration was followed by the scientific committee headed by Antonella Ranaldi, Superintendent of Archeology, Fine Arts and Landscape for the Metropolitan City of Milan, and composed by Msgr. Marco Ballarini, prefect of the Ambrosiana, Msgr. Alberto Rocca, director of the Pinacoteca Ambrosiana, Msgr. Marco Navoni, Vice Prefect of the Ambrosiana, Carlo Bertelli, Carlo Luigi Schiavi, University of Pavia, Andrea Spiriti, University of Insubria.

The works, focusing on decorated surfaces and ancient plasters, led to the discovery of new medieval paintings. The clima control system was renewed, to ensure stable environmental conditions within the crypt, while the new lighting has returned the spaces to the spirituality of this place, memory of the Holy Sepulcher of Jerusalem.

After the preliminary de-humidification interventions, carried out by the Veneranda Biblioteca Ambrosiana, from the millenary rooms now resurface, following the last restoration, admirable frescoes and decorations, such as the ornamental star cycle and plant elements on the vaults of the presbytery, dating to the end of the thirteenth century. This extended surface is a recurring pattern in the monastic architectures of the thirteenth and fourteenth centuries, here characterized by an unprecedented freshness, variety and richness of forms. The phytomorphic stars, with palms leaves and candle flame rays, expand to occupy the space of the vaults, while in other areas they extend more regularly.

The studies conducted on the occasion of the restoration will be collected in a volume, soon to be published by Silvana Editoriale. 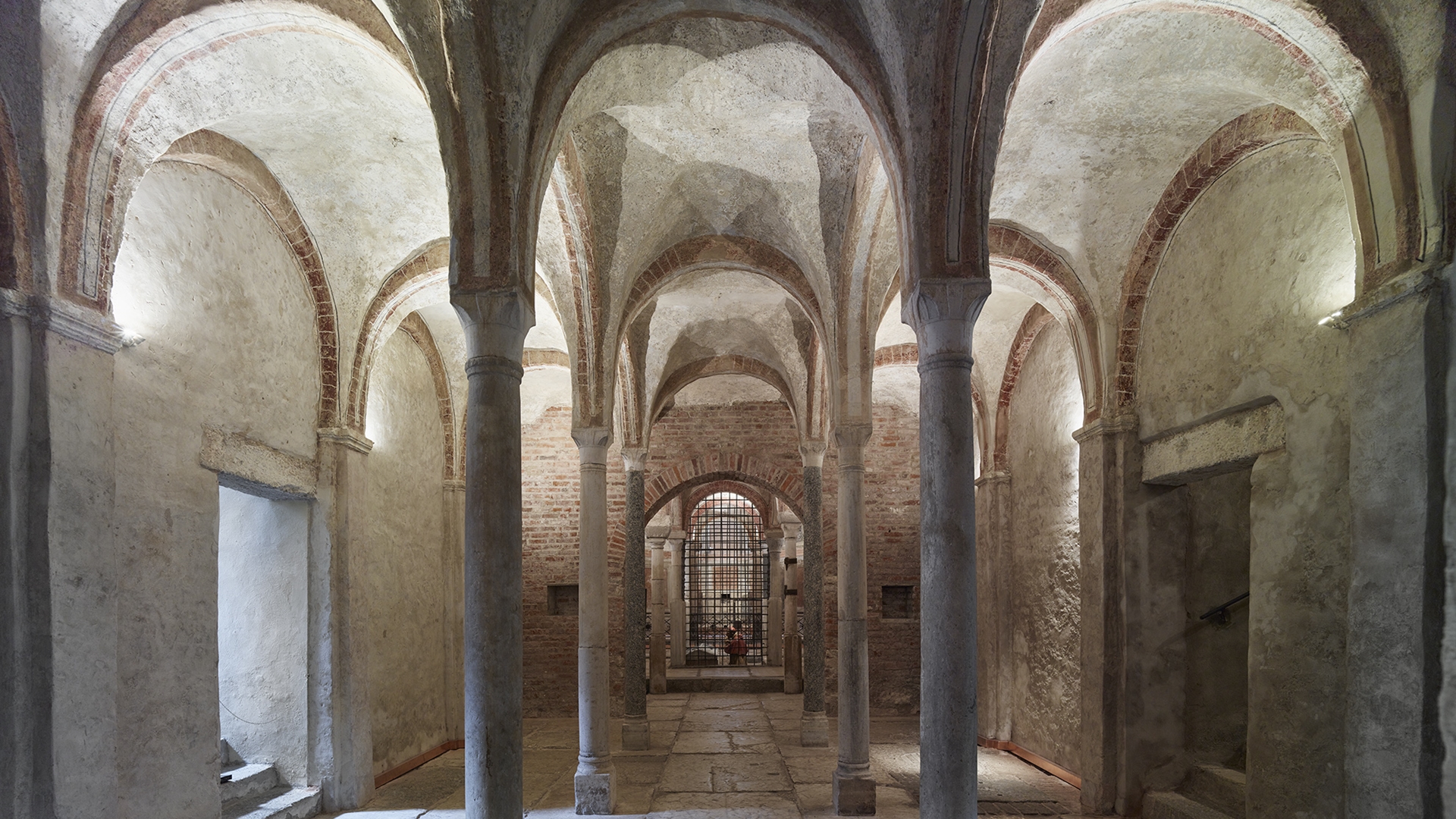 SUMMER OPENING HOURS
Throughout the month of August, including August 15, the opening hours are:
Crypt: Tuesday – Friday 17-20 / Saturday and Sunday 16-20
Leonardo & Warhol – The Genius Experience Tuesday to Sunday, from 16 to 20