The annual celebration of the “Webby Awards” was held on 19 May, the international award established in 1996, at the dawn of the World Wide Web, by the “International Academy of Digital Arts and Sciences (IADAS)”, with the aim of honoring the most significant digital products in seven different categories: Websites, Video, Advertising, Media & PR, Social Apps, Mobile & Voice, Games and Podcasts. For each category there are two prizes: one awarded by a jury of experts and one voted by the public. Over the years, this award has established itself as the equivalent of the Oscars in the digital field, being defined by the New York Times: “The Internet’s highest honor”.

The “Codex Atlanticus” project, born from the collaboration between the Veneranda Biblioteca Ambrosiana and the company “The Visual Agency”, with the aim of enhancing and making accessible to all the images and contents of the Codex Atlanticus of Leonardo da Vinci, was awarded in the “Data Visualization” category with one third of the votes assigned by the public, and with the gold medal awarded by the jury of experts: a result of absolute excellence.

The project awarded since 2019 offers both on the web ( http: //www.codex-atlanticus. it / ) and in a totem at the Pinacoteca Ambrosiana the opportunity to browse the pages of the Leonardo Codex (kept by the Ambrosiana Library in Milan) based on the thematic contents, the year of composition and the combination of these data, in order to easily identify Leonardo’s interests in the different phases of his life and to appreciate the evolution he experienced in relation to study topics and issues addressed in his daily work.

In addition to the Webby Awards, the Codex Atlanticus project in 2019 also won the Gold in the Digital Tools and Utilities category at the Indigo Award, where it was also a finalist for the Best In Digital Design category, and the Gold in the Arts, Entertainment & Culture category at the “Kantar Information Is Beautiful Awards”, the highest recognition in the field of data visualization and information design based in London.

The “Codex Atlanticus” project was also presented in Boston at the NorthEastern University, with a conference held at the College of Arts, Media and Design, which was also attended by Msgr. Francesco Braschi, member of the College of Doctors of the Ambrosiana Library, who wanted to support this innovative project, capable of showing the wealth of synergies between cultural institutions rich in traditions such as the Ambrosiana and companies operating in the most advanced areas of Digital Innovation. 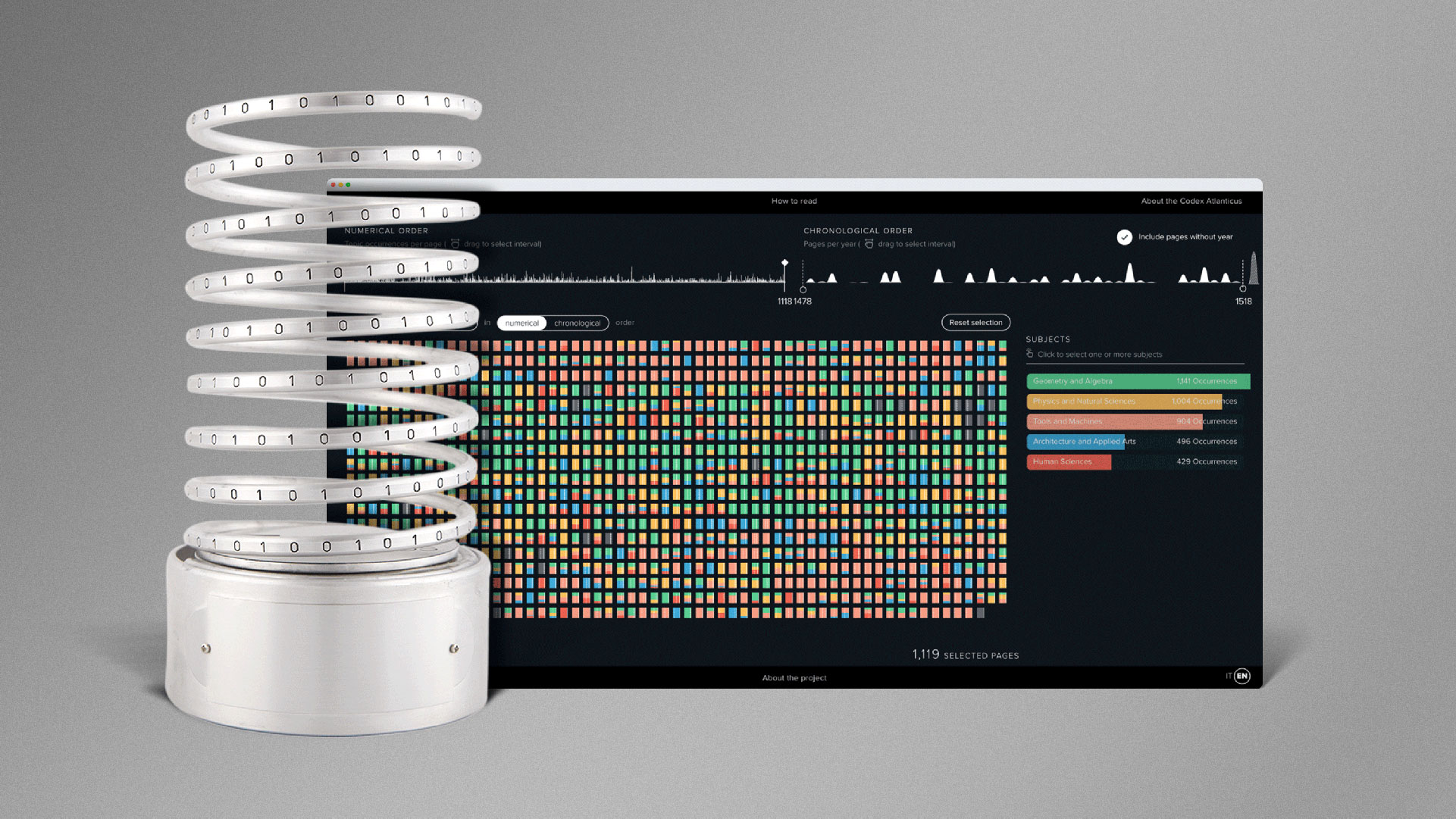